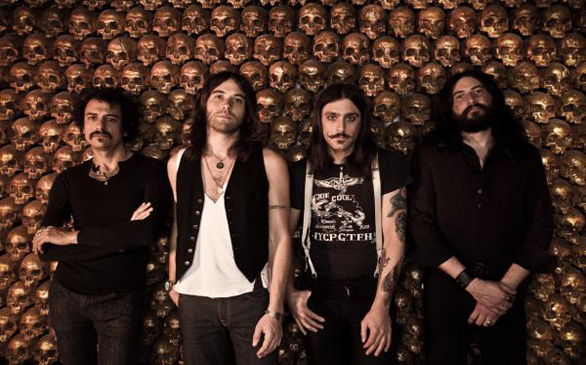 Dirty Sweet’s American Spiritual is definitely one of those albums you have to listen to a few times to get. With a name like American Spiritual, the sound that comes out of the CD just doesn’t work, so the first pass leaves you just trying to get your bearings. The second attempt is when you try to pin it down. It’s not folk-y or Native American-y, it’s not even alt-country. With self-proclaimed influences like Led Zep, Humble Pie and Bad Company, the band actually come off more like a throwback to classic rock with the dirty, raw sound of Queens of the Stone Age mixed with an almost Maroon 5 sensibility in the vocals. It’s unexpected, and on some songs like “An Empty Road,” it doesn’t really work.

But then you give it one more go and the beginning of the album begins to make sense. “Star-Bangled Glamour” and “You’ve Been Warned” strike a nice balance between the vocals and the guitars (which drive the songs perfectly throughout). But then the album starts to devolve after the fifth or so track and songs like “You Don’t Try” don’t seem to fit in at all. The album as a whole is a bit of a mess, unfortunately, which means if you’re interested, download individual songs off of iTunes and skip the physical CD.