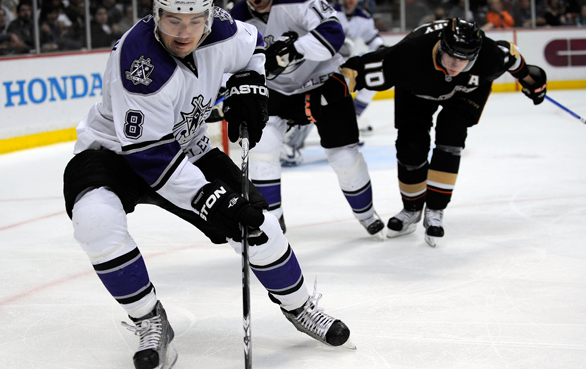 Despite setting or tying several team records during the regular season, this year’s version of the Los Angeles Kings enter the Stanley Cup Playoffs as the No. 6 seed, meaning they travel to Vancouver to face the third-seeded Canucks April 15 in a first-round matchup.

While playoffs are consistently regarded as any given league’s “second season,” there is no level of certainty Los Angeles can turn on the afterburners and make its deepest Stanley Cup run since 1993. However, anything the Kings do in this year’s Stanley Cup Playoffs, short of being swept by the Canucks, can be hailed as a “success” by local fans.

On the one hand, Los Angeles area sports fans are spoiled, limiting the definition of “success” in any given season to winning championships. The city has the Lakers, Dodgers, USC football and UCLA basketball to thank for that. Then there are the Kings, the city’s forgotten team, what with no playoff appearances since 2002.

Still, local sports fans should pay attention to the current lot of players donning a Kings jersey, as this young and talented core of NHL skaters proved this season they have something special – so long as they are not prematurely broken up. Just look at the final regular season stats: franchise highs in total wins (46) and road wins (24); third-highest point total finish in team history (101); 29-1 record when leading after two periods; 26-1 when scoring four or more goals in a game.

With a competitive pool of Western Conference opponents, the Kings do not have to make a deep playoff run to make 2010 a success. If the Kings can retain players such as Anze Kopitar, Dustin Brown, Drew Doughty and others, this team will be a force to reckon with, and it may not be too long before this record-setting season is trumped by an even more spectacular performance in the very near future.