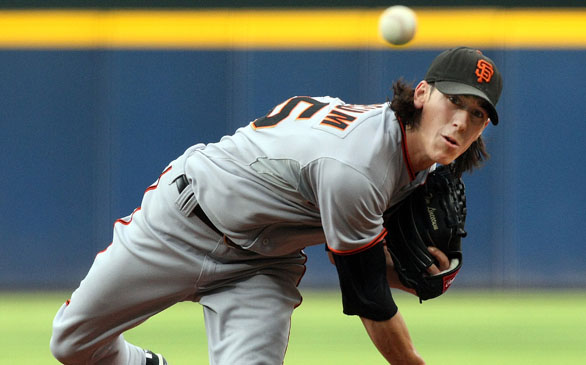 The 2010 season has been in progress for a little over a week, and already the rumblings of concern are being felt around Dodgertown. This is not the same team who broke out of the gate last season with a record-breaking 13 straight victories at home. There was an energy and enthusiasm among players back then that was infectious. I suppose consistent winning does that to a team.

As for this year, the Dodgers have begun by losing four of their first six games in the opening week. Three of those losses came in heartbreaking one-run games. What sort of affect this will have on the ball club remains to be seen. Will it work to sharpen their resolve and hone their capacity to fight out close games, or will it contribute to a sinking feeling that this just ain’t their year?

The San Francisco Giants, on the other hand, began their season with a bang, winning five of their first six and momentarily staking claim to first place. It is not exactly a huge surprise. The Giants have been widely predicted to win the Western Division. With starting pitchers Tim Lincecum, Barry Zito and Matt Cain, they own arguably the best rotation in the National League. Their closer Brian Wilson is not too shabby either. Last year, the Giants were plagued by a mediocre offense. This spring, however, they appear to have turned the tide, posting a stellar team batting average of .277. The difference may have something to do with the sudden blossoming of Giants center fielder Aaron Rowand who led spring training hitters with a .449 batting average. Rowand has long been hailed as a star-in-waiting and it appears his star has finally risen.

It is only the second week. There are still over 150 games to be played. Yet, one can speculate about the possibility of a thrilling division race in the NL West this year. Both the Arizona Diamondbacks and Colorado Rockies field very solid teams. Yet the team that rankles Dodger fans more than any other is undeniably the Giants.

It is one of the great rivalries in baseball history, extending more than a century back to the streets of old New York. The California rivalry of modern times is no less passionate in dividing north and south. In my travels I have often observed the sudden preponderance of Giants paraphernalia the moment one reaches Fresno, which leads me to believe the line of allegiances is located somewhere in the central valley just north of Bakersfield.

While it is true that both sets of fans begrudge each other, it is fair to say that the antipathy held among Giant fans is the more rancorous. They are essentially a bitter fan base. While the Los Angeles Dodgers have amassed multiple championships, the San Francisco Giants have captured only two pennants in their 50-plus year history. In each of those seasons, 1962 and 2002, they saw their championship hopes dashed in the seventh game of the World Series. The first by their old-time rival New York Yankees and the second by the Los Angeles Angels of Anaheim. The memories still sting. With so many unfulfilled hopes, it must feel like an ugly curse. The resentment of Giant fans can be felt whenever they chant “BEAT L.A.!” in unison. The issue seems to go deeper than just baseball. It is a territorial instinct, an obvious instance of geographical envy. Basically, they covet the sunshine, the beaches and the image of glamour associated with Los Angeles. Anyone who has ever spent a wintry summer in San Francisco would understand their jealousy.

As for Dodger fans, it is a curious thing that knowing the bitterness which Giant fans carry in their hearts only adds to a sense of delight in watching the Giants lose. Of course, it goes both ways. Giant fans simply adore beating the Dodgers. I guess that’s what makes the contests so fun. This year, the prospect of an exciting rivalry looks better than usual, and this weekend’s three-game series may well foreshadow the competition ahead.