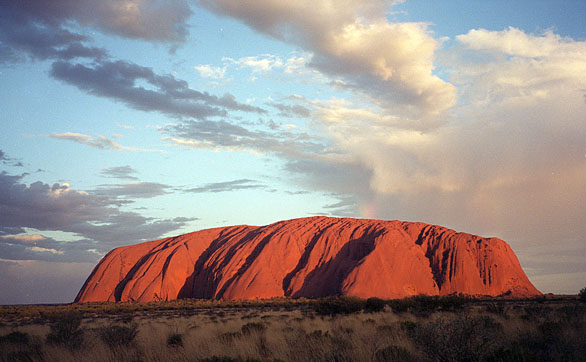 For many of you, the end of an era comes in the form of the conclusion of ABC’s hit show “Lost.” Maybe now you’ll finally learn what happened on that damn island. To help fight your depression for the lack of entertainment on a Tuesday night or else to provide the interactive element to your love for the show, here are some ways to get lost in the locations of the show … on the lovely continent of Australia!

2) Visit the Uluru, Northern Territory. In Season Two, Bernard and Rose drive to Uluru to see a healer in order to cure Rose’s cancer. You can walk around its base and learn from an Anangu guide how spirit ancestors created it. Alternative modes of transportation through the territory include motorcycle, camelback and helicopter flight. Pretty adventurous, eh?

3) Travel through Sydney International Airport. It’s easy enough, seeing as you are going to have to fly into the country anyways. A number of flashbacks on the show take place in Australia’s busiest airport as the characters are boarding the fateful Oceanic flight 815 to Los Angeles. Sydney Airport is also one of the oldest continually operating airports in the world. Stay for a while and discover Australia for yourself!

In case you didn’t know, Australia is the only country with which the United States has entered into a work and holiday visa arrangement. Americans between the ages of 18 and 30 can travel to Australia and live and work there for up to a year. Now you have no excuse not to go yourself. Get out there and explore.

TV Time
(Almost) every show coming to TV this summer. And 29 that aren’t
863 views

TV Time
‘All Rise’ is the first TV drama to tackle coronavirus. Here’s how they did it
492 views