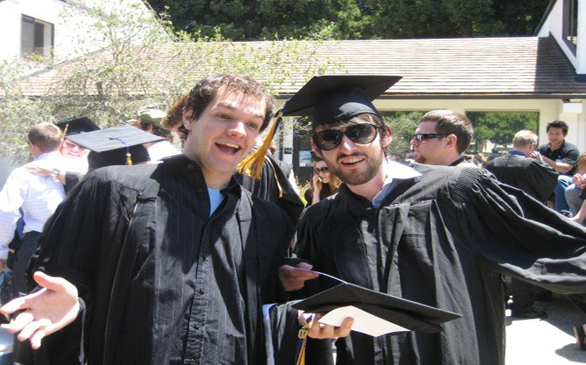 Return on Investment, or ROI, is defined as the monetary benefits derived from having spent money on an enterprise or entity. It is one of the principle edicts in all business speculation and one of the first questions an investor must make before a sizable financial transaction. A college education has become one of the more valuable investments a person can make in modern society. It is a prerequisite for most entry-level positions and an absolute necessity to acquire a managerial or executive-level job. But given the current state of the economy, the growing rate of unemployment, as well as the ever-rising cost of tuition, how much return on investment are students really getting?

Alex Everett, 24, graduated from UC Santa Cruz in 2007. He was sure that his bachelor’s degree would land him a great job and afford him the opportunity to make the kind of living synonymous with higher learning. However, within months of donning his cap and gown, Everett fell victim to circumstance when the economy tanked.

Since then, he’s held mostly blue-collar jobs, including stints as a factory worker, a telemarketer and a delivery person for a supermarket. He moved in with a revolving door of housemates, yet has found it difficult to ground a permanent position and make ends meet. He would love to have steady employment working as a creative, but finds that market to be saturated with others aspiring to the same goal. Everett’s education cost approximately $30,000 for each year attended. His annual salary since graduation: approximately $20,000 a year.

On the other end of the spectrum is 25-year-old Joshua Van Deventer. Van Deventer dropped out of his Virginia school well before graduating. He opted instead for vocational training in music – an industry that always held a particular interest for him. The drummer attended classes at the Musicians Institute in Los Angeles and ruled out getting a university degree. Currently, he works at Warner Music Group as a music librarian. Things are going so well for Van Deventer, in fact, that he recently purchased a new car and also moved into his first place – without the cushion of roommates. His annual income is around $36,000.

Anyone with even a rudimentary understanding of finance might surmise that Van Deventer is certainly receiving a greater return on investment. He has landed a job with an internationally recognized corporation and is financially independent of his parents without the benefit or cost of a traditional four-year degree. But will his professional superiority extend into the long term? To answer that question, one must look at the statistics.

According to the U.S. Census Bureau, the average annual salary for a high school graduate in 2000 was $30,000. However, the average salary for a college grad with a bachelor’s degree was $52,000; $62,000 for a person with a master’s degree. That is overwhelming evidence favoring the belief that college is the most certain gateway to a better living. But since the economic slowdown, formal education has become a mainstay in people’s lives. Where pursuit of a degree was once an activity for the privileged or those with lofty ambitions, it has since become a normal method of adult progression. Ten years ago, someone like Everett might have landed his dream job with a degree from a college or university, but in today’s market he’ll need a master’s just to fit in and a doctorate to impress.

Taking all of these factors into consideration paints a very clear picture. While a formal education is a necessity toward making it in the world today, it is not a guaranteed license to financial security, nor does it absolve a grad from spending years and years toiling as an administrative assistant or low-level coordinator just to get ahead. Furthermore, a student will still have to compete against the hundreds of thousands of other men and women with the same piece of paper under their arm. So, is there enough ROI in collegiate learning? Like all other investments, some will simply have to try their luck to see.

“I’m just starting to figure that out for myself,” notes Everett.