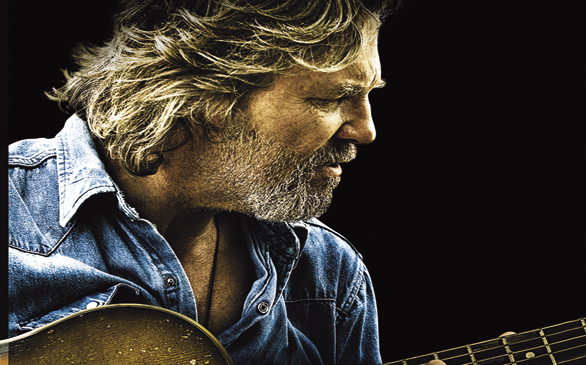 The Majors: Oscar’s Best Actor, Jeff Bridges, stars as a washed up alcoholic country singer in Crazy Heart. Bridges is one of the most versatile actors of his generation, and this is one of his best performances. Maggie Gyllenhaal co-stars as a single mother journalist who becomes romantically involved with the broken down star.

Funny Business: Woody Harrelson stars in the comic book spoof Defendor. A regular guy dons a disguise and homemade gadgets to battle crime in his neighborhood, bringing the wrath of the local mob boss. Elias Koteas and Sandra Oh co-star.

The Idiotbox: Tough guy restaurateur Gordon Ramsay whips contestants into shape on The F Word: Series Four. Ramsay spews vitriol as he puts celebrity guests Liam Gallagher, Geri Halliwell and Meat Loaf through a series of challenges and shows them how to run a top-notch restaurant.

Two classic soaps come to DVD: Falcon Crest: The Complete First Season and Dallas: The Complete Thirteenth Season. Jane Wyman and Lorenzo Lamas star in the tale of two rich Northern California wine country families in “Falcon Crest.” Premiering in 1978, “Dallas” follows oil baron J.R. Ewing (Larry Hagman) and his family as they contend with backstabbing, murder and all of the soapy intrigue.

The BBC fantasy series “Merlin” is a fun adventure that the whole family can appreciate with the Complete First Season. It follows the adventures of the legendary wizard as a young man. John Hurt and Anthony Head (“Buffy the Vampire Slayer”) co-star.

Stranger Than Fiction: Noam Chomsky is like some superior celestial being who came down to reveal to us mere mortals the way things really are. His far-reaching, scholarly and moral analysis makes the talking heads on cable news look like blowhard children playing at something they know nothing about. One can learn more about how the world works and in particular how American policies impact everyone by watching Chomsky’s series of DVD lectures than in four years of college. Crisis and Hope: Theirs and Ours is Chomsky’s latest lecture, which investigates the current financial crisis and how it pales to the various bigger crises facing the world.

Some of Hollywood’s best screenwriters from William Goldman and Paul Schrader to wunderkind Shane Black, genre king John Carpenter and Frank Darabont star in Tales From the Script. The documentary features scribes telling their stories from the frontlines in the often-ugly world of moviemaking. Plus, get the inside dirt on Harrison Ford, Stanley Kubrick and Martin Scorsese. It’s a must-see for aspiring screenwriters.

Blu Notes: It’s rare that a remake actually improves on the original, but The Thomas Crown Affair did just that. Pierce Brosnan and Renee Russo have big shoes to fill in replacing Steve McQueen and Faye Dunaway, but they are up to the task. Brosnan stars as a rich playboy whose hobby happens to be stealing valuable art. He plays an even more dangerous game when he strikes up a romance with the seductive detective hunting him. John McTiernan directs.

One of Leonardo DiCaprio’s best performances came when he was still a kid. The Basketball Diaries is based on poet Jim Carroll’s memoir about his descent into drug addiction while in high school. The result is harrowing but riveting. Mark Wahlberg, Bruno Kirby and Juliette Lewis also star.

Ron Howard’s sci-fi classic Cocoon is a fun for the whole family tale of a group of senior citizens who go swimming in a pool filled with alien cocoons and suddenly find themselves feeling young again. Brian Dennehy, Wilford Brimley and Steve Guttenberg star.