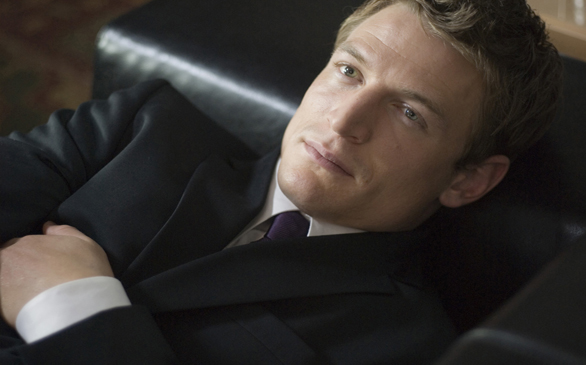 Philip Winchester in In My Sleep
(Credit: Courtesy of Morning Star Pictures)

In My Sleep is the story of Marcus (Philip Winchester), a masseur living in Los Angeles, and his best friend. Marcus is the kind of L.A. guy who likes to “keep his options open” when it comes to dating women. This issue is brought to his attention after he receives a mysterious phone call from a past lover. However, this is only one of the many concerns Marcus deals with. He struggles with parasomnia, a rare sleep disorder that is essentially a heightened version of sleepwalking, only he cannot remember anything he did while he sleepwalks.

His troubles are magnified when he wakes up one morning covered in blood with no recollection as to what could have happened. He later learns that his best friend’s wife was murdered the same night he does not remember anything, and he is left questioning whether or not he killed her in order to conceal a dark secret they shared. As he digs to discover the truth, more of his personal history is uncovered that could possibly provide a link to the drama surrounding him.

Everything about this movie is fast-paced, not providing a strong platform for character development early in the story. It jumps straight into the action, and you have to keep up with the story in order to fully understand and pick up on all of the little things going on. However, it works because everything about this movie (characters and plot) is learn as you go, giving you an ultimate sense of “this could actually happen.”

The jump cut editing and gray scale motifs make you feel as though you are swimming through and drowning in the murky waters of Marcus’ mind, experiencing his anxiety and trauma while learning the secrets of his past. It has you guessing along with Marcus, analyzing every clue, every lead and trying to solve the mystery before something else happens.

In My Sleep is a nice break from today’s horror films that rely heavily on special effects, loud noises and gory scenes (though there is a fair amount of blood) to scare audiences. Instead, it utilizes good scripts and acting to frighten the audience in a mind-engaging thriller that you won’t soon forget. It will have your mind racing from the minute it starts until long after the ending credits roll.

In My Sleep releases in select theaters April 23.