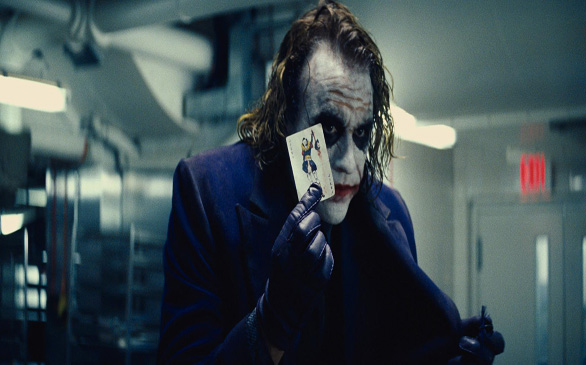 In the past, I’ve presented collections of real-life quotes from some of my favorite directors, actors and actresses. In continuing with this, I thought I’d put together a short list of some of my personal favorite excerpts of film dialogue. Like other lists I’ve put together, this one isn’t meant to be one of those “greatest of all time” lists. There are many great quotes long and short that are considered the best and most iconic, and while there’s no argument here on any of them, below are quotes lifted from some of my favorite films that had an impact on me, not just as a film lover, but as a filmmaker. To me, a great excerpt of film dialogue is not just the written words, but also the skill in which the actor delivers it. Enjoy.

“I think in all fairness, I should explain to you exactly what it is that I do. For instance, tomorrow morning I’ll get up nice and early, take a walk down over to the bank and walk in, and if you don’t have my money for me, I’ll crack your fuckin’ head wide-open in front of everybody in the bank. And just about the time that I’m comin’ out of jail, hopefully, you’ll be coming out of your coma. And guess what? I’ll split your fuckin’ head open again. ’Cause I’m fuckin’ stupid. I don’t give a fuck about jail. That’s my business. That’s what I do.”

“Do you want to know why I use a knife? Guns are too quick. You can’t savor all the little emotions. You see, in their last moments, people show you who they really are. So in a way, I know your friends better than you ever did. Would you like to know which of them were cowards?”

“…war is too important to be left to politicians. They have neither the time, the training, nor the inclination for strategic thought. I can no longer sit back and allow Communist infiltration, Communist indoctrination, Communist subversion and the international Communist conspiracy to sap and impurify all of our precious bodily fluids.”

—General Jack D. Ripper (Sterling Hayden), from Dr. Strangelove or: How I Learned to Stop Worrying and Love the Bomb (1964)

“I don’t think it’s nice, you laughin’. You see, my mule don’t like people laughing. He gets the crazy idea you’re laughin’ at him. Now if you apologize, like I know you’re going to, I might convince him that you really didn’t mean it.”

“Tonight, you pukes will sleep with your rifles. You will give your rifle a girl’s name because this is the only pussy you people are going to get. Your days of finger-banging ol’ Mary-Jane Rottencrotch through her pretty pink panties are over! You’re married to this piece. This weapon of iron and wood. And you will be faithful.”

“All I hear from you, you spineless cowards, is how poor you are; how you can’t afford my taxes. Yet somehow, you managed to find the money to hire a gunfighter to kill me. If ya got so much money, I’m just gonna have to take some more. Because clearly some of you haven’t got the message! This is my town! I run everything! If you live to see the dawn, it’s because I allow it! I decide who lives and who dies!