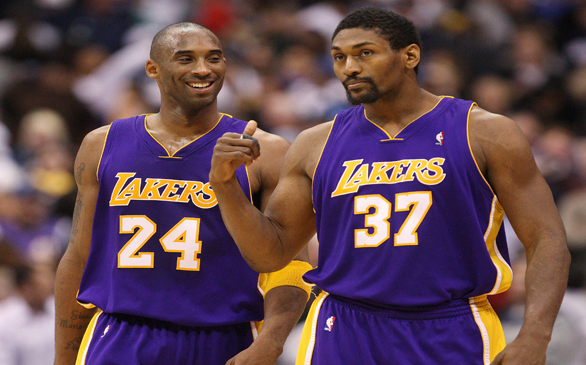 The Lakers hushed critics by welcoming the Oklahoma Thunder to the first round of play for the Western Conference crown Sunday afternoon at Staples with an 87-79 victory. The game followed Phil Jackson’s April 13 comment that Thunder forward Kevin Durant receives special treatment from the league’s officials (Durant made it to the charity stripe more than any player this season.).

“Referees are treating him like a superstar. He gets to the line easily and often,” said Jackson.

Durant felt disrespected by the words, and the NBA fined Jackson $35,000. But Jackson has a track record of dissing great players whom he is anxious to play, and there is no doubt that Durant is a rising star. He entered this season’s MVP conversation by being the youngest ever, at 21, to nab the regular season scoring record, averaging 30.1 points per game, and taking his team from 23 wins last season to 50 and the playoffs this season. This is the squad’s second year as the Thunder (after relocating from Seattle, where they won one championship in 1979 as the SuperSonics).

Containing Durant is key to the Lakers winning this series, and the brunt of this mission is up to Ron Artest, who must wake from his regular-season slumber and keep Durant under control.

The Lakers also celebrated the return of center Andrew Bynum in Game 1. The size of Bynum and Pau Gasol is an asset over the Thunder, and the Lakers must take advantage in the middle, as well as exploit the Thunder’s youth and inexperience.

The teams travel to Oklahoma City for Game 3 Thursday and Game 4 Saturday. Game 5 is scheduled to be at Staples Tuesday, if necessary.