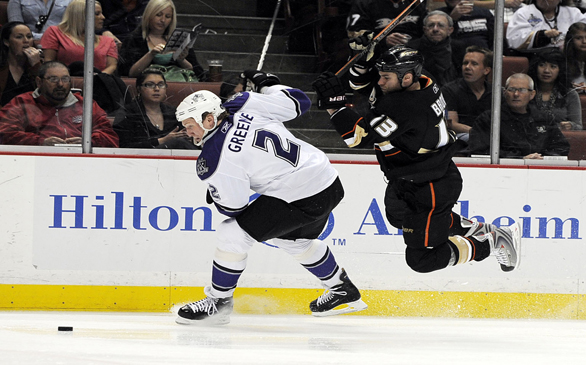 Oddly fitting that the best first-round playoff matchup in this year’s Stanley Cup race would pit a group of young kids from Hollywood against a high-scoring machine sporting a nickname that doubles as a slang term for “Canadian.” But with the Vancouver Canucks losing home-ice advantage to the Los Angeles Kings after two grueling overtime matches in North America’s northwestern-most metropolis, hockey fans across the continent have to be scratching their collective heads at what may be a paradigm shift in the NHL.

There is a very real chance Phoenix and Los Angeles will meet in the second round, especially if Colorado defeats top-seeded San Jose and Chicago skates past Nashville. How the heck do two teams in America’s expansively sand-filled Southwest manage to make waves in the race for ice hockey greatness? Even more, should the Kings and Coyotes meet in the coming week they would have beaten two teams strongly associated with North American ice hockey, what with Hockey Town in Detroit and the Canucks playing in hockey-crazed Canada.

And such is the irony of the Kings-Canucks series. The Kings have a very real chance of eliminating from playoff contention a Canadian team whose nickname is both an affectionate and a derogatory moniker – a slang term of “Canadian” termed by the Americans, no less. Even worse, how sacrilege would it be for the Kings to face Phoenix, a team itself in financial shambles who not only beat NHL powerhouse Detroit, but also committed near blasphemy in ousting Canada’s favorite son, Wayne Gretzky?

The true irony, however, is that such deep storylines make the Stanley Cup Playoffs among the most exciting postseasons in all sport. Sports fans in Los Angeles: Get in on these playoffs while the getting is good – with the Kings’ spotty history, who knows when they will be back in the playoffs again?

Kings vs. Canucks Game 4 is tonight at Staples, and Game 5 is Friday in Vancouver. Kings host Game 6 Sunday, and Canucks host Game 7 Tuesday, if necessary.