Sublime with Rome: April 20 @ The Palladium 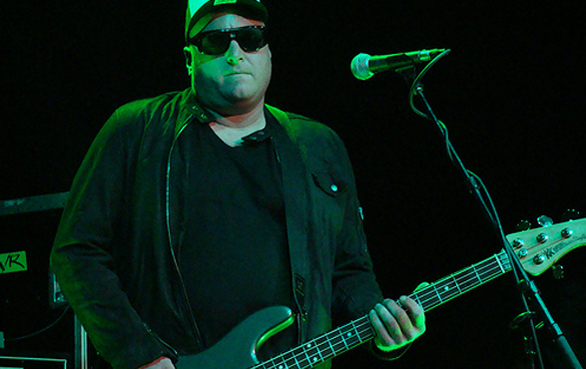 Eric Wilson of Sublime with Rome
(Credit: Richard Castañeda)
Sublime with Rome made their triumphant return to the stage at the Hollywood Palladium on stoner holiday 4/20 to play songs we’ve all heard on KROQ and some that had never been played until that night.

Del Mar opened up with their Dick Dale-infused surf rock set. The band had next to no stage presence, and some of the wildest cheers they received came from lead singer Matt Bode’s 4/20 references and telling people to “smoke ’em if you got ’em.” A couple kids next to me took his advice and got kicked out by security.

Del Mar’s sound is great, but you couldn’t tell by Mike Martinez’s lack of motion or expression. He seemed like he was forced to play the show. Luckily, OC quintet the Dirty Heads livened things up with their high-energy set. Their set predictably included their smash hit, “Lay Me Down,” with Rome coming out for the cut. The Palladium went nuts at the mere sight of Rome. They followed it up with one of the most refreshing covers of Rolling Stones’ “Paint It Black” I’ve ever heard. Their lazy beach beat approach to it gave it a groove that made it click with the audience.

After their near-hour set, the stage was set for Sublime with Rome to play songs that up until now could only be heard on an iPod or radio. They opened up with “Get Ready” and immediately followed it up with “Smoke Two Joints.” The kids went nuts; so did security. I’ve never been to a show where so many people got kicked out. Bud Gaugh and Rome seemed into the set. Rome had a perpetual smile as he sang the late Bradley Nowell’s lyrics — at one point during “Santeria” even saying, “Rest in peace, Bradley,” which made everyone erupt in cheers and applause.

Eric Wilson didn’t seem like he was too into the set. He had a pseudo-frown while playing. I saw him crack a smile once, maybe twice; I might have blinked and missed it. I thought for someone who didn’t get the chance to play some of these songs live in 14 years that there would be more excitement evident on his face.

The audience practically drowned out Rome while singing along to “What I Got” and “Wrong Way,” but it still leaves me a little unsure if Rome can handle being in this band. He can sing and he can play the parts right, but the swagger he brings to the band still hasn’t completely convinced me. “Panic,” the only tune the new configuration of the band has composed, went over well, so it leaves me curious to see how their new album will sound. Sublime with Rome heads into the studio after this short tour.