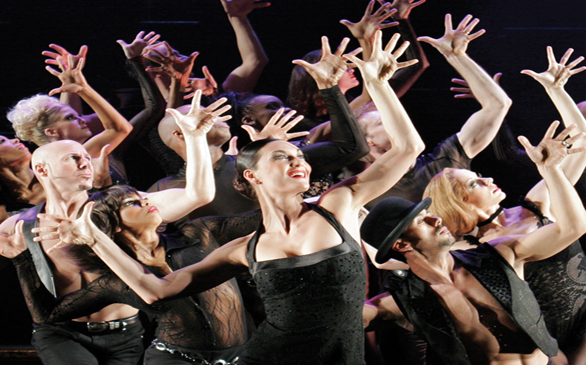 The musical “Chicago” is wonderfully devious in its plot. Set in Cook County Jail during the 1920s, we are razzled and dazzled by ladies who have killed their husbands or lovers. Instead of portraying them as evil and ugly, they are glamorized as victims you sympathize with and root for. They have long legs, are scantily clad and can dance to save their lives.

During the “Cell Block Tango,” the she-murderers sing in unison, “He had it coming. He only had himself to blame. If you’d have been there, if you’d have seen it, I betcha you would have done the same!” Whether he popped his gum too loud and often or was caught cheating with a sister, you’re on their side.

Inside the prison, the ladies compete for media attention and engage in a battle of one-upwomanship. Each clambers for the limelight, which follows Chicago’s slickest criminal lawyer, Billy Flynn. Like the head of the prison, Matron “Mama” Morton, who gladly accepts cash for favors, Flynn is fickle too and switches back and forth from case to case, as well as being swayed by new inmates.

And so the she-murderers must manipulate, lie and seduce everyone: family members, husbands, lawyers, the media and Mama, and the audience is along for the underhanded ride, confused most of the time about whose side to be on.

Playing the role of the lead, Roxie Hart, is Michelle Williams, formerly of Destiny’s Child. She’s a perfect mix of naïveté and deceit, and her voice booms out of her tiny frame. Terra C. MacLeod is Velma Kelly, the big cell star before Roxie comes along and steals her thunder. She is reminiscent of the feisty Bebe Neuwirth, who played Kelly in 1996’s production.

Kelly and Hart are both unfulfilled vaudeville dreamers who yearn to get back to the stage. They view their murderers as their tickets to stardom.

“Chicago” entertains with awe-inspiring singing and sensational choreography and spotlights the world of “celebrity criminals.”