Harry Brown: Emily Mortimer steps out of her comfort zone. 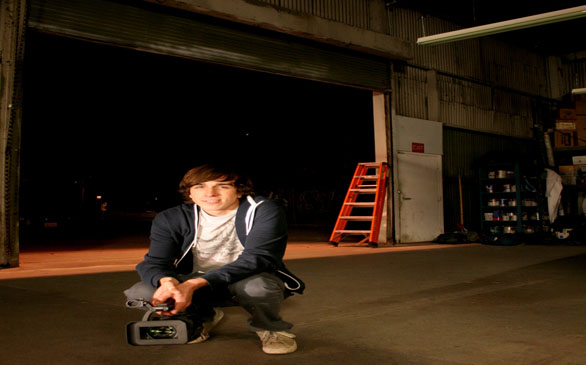 Emily Mortimer is a delicate British rose of an actress. At least that’s what I assumed until she walked into a hotel room in Beverly Hills to promote her new film, Harry Brown, wearing the coolest vintage Gladys Knight shirt you’ll ever see and proving she’s as bawdy as any American.

“This actually doubles up as my pajamas,” she giggles, her eyes sparkling, crinkling merrily. “Today I was thinking, ‘Fuck it, I’m gonna just wear it.’”

Mortimer is all about making choices that topple assumptions and keep you guessing, but it goes far beyond her clothing choices. Harry Brown, a chillingly dark film that’s blood splattered and gritty, stars Michael Caine giving a turn reminiscent of his role in 1971’s Get Carter, as a recently widowed ex-Royal Marine who goes on a vigilante killing spree to avenge the murder of his last remaining friend by a gang of local teenage thugs in East London. Mortimer plays the lone female detective on his tail in a neighborhood known for rampant crime and lawlessness.

It’s not the type of role Mortimer would immediately spring to mind to fill, and that’s exactly what drew her to the part.

“If there’s any kind of plan to how I guide my career, it’s to try to do things that are different from the last and not bore myself or anyone else in the process,” she says. “I think I’m best when I’m out of my comfort zone. That’s when interesting things happen; when you don’t really know what you’re doing.”

Of course, she also admits it was impossible to turn down the opportunity to act opposite Michael Caine.

“Who wouldn’t want to do that?” she beams, saying she was “entirely un-disappointed by the reality” of working with the acting legend.

“He’s the most expert, professional dude I’ve worked with,” she continues. “He comes in and is completely prepared, turns in an amazing performance, and there’s no nonsense, high maintenance silliness. He doesn’t fart around. He gets on with it, and then he goes home. And, in the meantime, he’ll have a cup of tea and a laugh. He’s easygoing and cool.”

The only drawback to working with Caine, according to Mortimer is, “he’s a terrible giggler, which is fatal for me because as soon I see someone has the propensity to crack up, it’s impossible for me not to.”

Considering the tremendous brutality and intense nature of the film, it speaks volumes that both actors were able to bring levity to the set. The film was shot entirely in the Elephant and Castle area of East London, “a really dodgy neck of the woods,” according to Mortimer, who also admits she was stunned by the shockingly realistic, tangible violence first-time feature director Daniel Barber captured in the film.

“I was totally blown away by it and really kind of taken aback,” she says. “It’s difficult to watch, and that’s what’s interesting about the film. It’s hard to stomach and accept, and it should be. What people do to each other is horrifying, and I think it’s good that it’s portrayed in all its ugliness. [The film] doesn’t glamorize violence. It’s as difficult and uncomfortable to watch as it should be. I wasn’t prepared for quite the level of intensity when I first saw it.”

She credits her reaction to Barber, who was another reason she was eager to appear in Harry Brown. Though she found Gary Young’s script gripping, she was nervous that it would be too commonplace for audiences.

“You switch on the [television], and there’s 30 channels of TV showing cop dramas. It’s such familiar territory. I was afraid it was going to fall into cliché,” Mortimer says.

But then she watched Barber’s Oscar-nominated short film, The Tonto Woman, based on an Elmore Leonard short story, and they “chatted.” That was all Mortimer needed to decide Barber would be an excellent director.

“He had an auteur’s take on the whole thing. I knew he was going to elevate it out of the TV drama that we’re familiar with and would raise it to something that felt more epic and strange and fatalistic and badass.”