The Good Heart: Brian Cox takes a hint from “Cheers.” 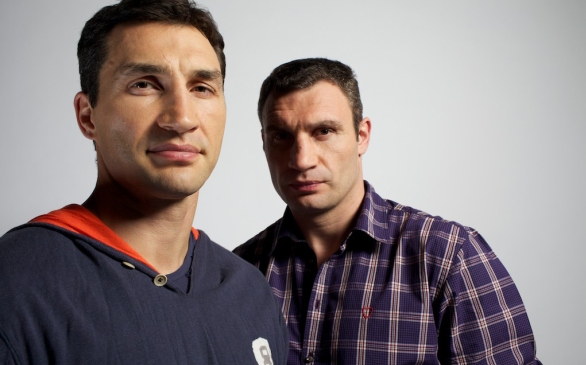 The Good Heart is a wonderful film of remarkable humanity and depth. Starring Brian Cox and Paul Dano, it follows the unlikely friendship of Jacques (Cox), a bitter, curmudgeonly barkeep with almost half a dozen heart attacks under his belt, and Lucas (Dano), a kind, gentle homeless man who Jacques ordains as the heir to his legacy, a bar catering to a repeat motley crew of career alcoholics. Though it deals with issues of fate and fatality, righteousness and compassion, the film is never preachy or sentimental, but rather an engrossing, challenging piece of cinema, one its star is quite proud of.

“I love this movie,” Cox proclaims over the phone one drizzly April morning.

While many actors would give their right arm to get out of film promotion, Cox is doing everything in his power to spread word of his new movie’s release, even while stranded in Serbia because of the Icelandic volcano eruption. The actor points out that Iceland is also the homeland of The Good Heart’s writer-director, Dagur Kári, where all the bar scenes were filmed with actors imported from America to improvise boozy dialogue and the source of a great deal of Kári’s creative genius.

“Dagur is dealing with an American sensibility through an Icelandic view,” Cox explains. “There’s an enormous burden in coming from a country that’s as rich in culture, but no one’s aware of it. Also looking at yourself in relationship with the world and how difficult it is to be that isolated.”

With The Good Heart, Kári set out to make a “broth” that was both sitcom and art house in nature. It seems like a bizarre combination, but it’s intoxicatingly successful, a poetic pathos laced with comedy drawn from an unlikely source: “Cheers.”

“There’s something pretty hopeless about people who are addicted to bars,” Cox points out. “Norm and those guys, there was something really pathetic about them because they did everything to avoid their life.”

As a screenwriter, Cox has nothing but praise for Kári, suggesting schools teach courses on his writing.

“There’s so many levels to it. It’s a very literate film. Literacy from a guy who English is his fourth language. It’s astonishing.”

And as a director, he’s even more impressed with what Kári was able to accomplish.

“It reminds me of Milos Forman’s early films. They had a wonderful perspective because they were principally European. When I saw [the film], I just wanted to hug him.”

Perhaps Dano is next in line for an embrace. The Good Heart is very much a duet, and the two lead actors have remarkable chemistry and ease, partially cultivated when they last appeared together in 2001’s L.I.E., a wrenching and unsettling film about a pedophile (Cox) who befriends a young boy (Dano). It was that movie which inspired Kári to cast the two together.

“[Paul] was a kid then, now he’s this remarkable young man,” Cox says. “He’s very smart, very rigorous, well read and a proper actor, not a Hollywood kid. We were always on the same page.”

But their captivating dynamic is about alchemy more than familiarity.

“There comes a time when you work with a certain actor that you have this unsaid complimentary thing that goes on,” Cox explains. “He’s so under that he brings me down to him. And because I can be a little over, I bring him up. Our scale adjusts very complimentary to each other. It’s a great thing when you can work off the actor’s strengths because so much of what you do is reaction any way.”

Cox should know. Over the course of his impressive career, he’s tackled over 150 roles.

“The reason I’ve got so many credits it because I’m afraid I’m going to get 70 percent of them wrong,” he laughs.

It seems unlikely from a man who easily morphs from William Stryker in X-Men to James Brogan in 25th Hour and everything in between. But Cox admits he feels very proud of his turn as Jacques, a man so garrisoned, he’s like a willing Iceland.

“Yeah,” Cox chuckles at the comparison, “volcanic ash and all.”