Almost All You: Ultra-Personalizing Gaming 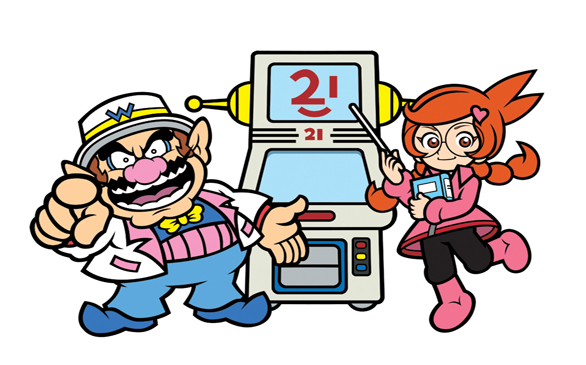 "WarioWare D.I.Y." allows you to create your own DS game.
(Credit: © Nintendo)

Whether you believe that games are an artform or not, there is no question that they are a booming business and a notable presence in the entertainment industry. Big name actors and writers are lending their credibility to increasingly more cinematic titles that are being advertised as if they were summer movie blockbusters. Game development fever is so big that you can get a master’s in it from USC or you could choose from any number of game design schools with varying degrees of credibility.

If you want to start a bit smaller than enrolling in a university or working your way up from customer support at a game company, you can actually get a reasonably decent taste of game development on your Nintendo DS. It may sound strange, but “WarioWare D.I.Y.” actually allows players of any age or experience with game design to actually conceptualize, design and program their own games.

“WarioWare D.I.Y.” is so much more than the latest minigame collection, but it starts off as a strong chapter in the “WarioWare” franchise. For those who are new to the series, the gameplay is based around the minigames designed by Wario – Mario’s vulgar doppelganger – and the suckers who trust him. Like other games in the franchise, “D.I.Y.” features various sets of lightning-fast minigames that challenge players to both learn and master the challenges thrown at them within a matter of seconds. All things considered, it is actually a good way to get the player’s mind ready for the real meat of the game.

After a short introduction to this world where people can design and distribute games with a special machine, Wario offers the player the opportunity to be taken advantage of in the hopes of making Wario rich. The road to designing games does require some wordy tutorials, but they are actually simple enough to get most players started fairly quickly. Wario just wants you to help create the art for his games, which allows players to decide how deep they want to get into game design.

While it may not seem like you could do much actual design on a handheld system, “WarioWare D.I.Y.” actually lets players taste many different parts of game design. The player begins by creating pixel art for the background and characters in the stage. For more advanced players, these characters can have up to four frames of animation thanks to the flipbook-style, plus multiple alternate animations that can be accessed when the game calls for it. Sure, the world may be moving to 3-D art, but the detail you can get from this 2-D art program is impressive (especially if you are designing on the big DSi XL screen).

To further showcase how much you can do with a simple Paint-style graphics program, “WarioWare D.I.Y.” even has a comic component. You can design your own comics or read the increasingly strange collection of somewhat localized Japanese comics. It may not be as complicated as making a game, but it lets players practice their design skills and inspire creativity.

Once the art is made, the next step is music. Fans of the classic “Mario Paint” may be overwhelmed by just how deep this simple music sequencer can be. With just a few clicks, the sequencer can make complex musical pieces that can be as musical or as game-inspired as the player wants. In fact, for players who really love designing music, the game actually has a record editor that lets you create and export longer compositions.

The final, most intense step is AI. While the idea of telling a computer how to move items, what is needed to win and what to do if the player wins or loses may seem a bit daunting, “WarioWare D.I.Y.” actually makes it approachable. This is made easier by the fact that most “WarioWare” games have traditionally been based on tapping the correct spots on the screen, but the game introduces multiple ways of using this to create a variety of games. You can even view the AI design of minigames that you have beaten to give you ideas on how to improve your own games.

The result may only be simple games that you have to show your friends on your DS, but the experience is surprisingly satisfying. Plus, of course, you can tell people you made your own game.