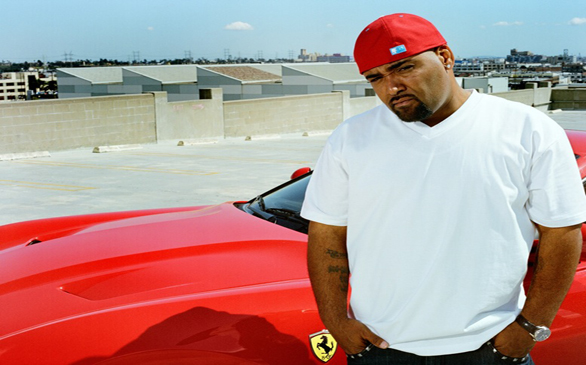 What was supposed to be just another concert at the Gibson Amphitheatre turned into one of the best nights ever for Angelenos. Hosted by 93.5 KDAY, Krush Groove featured some of the best old school artists in hip-hop and rap dating back to the ’80s and ’90s. Mack 10, Slick Rick, E-40, Too Short and Bone Thugs-n-Harmony composed the original lineup announced for the show, but Xzibit, DJ Quik and Chamillionaire made special appearances.

Mack 10 performed first, and there was no better person than him to serve as the opening act. He provided tracks from his entire career, ranging from his early years and pieces from Westside Connection’s projects. The crowd erupted in excitement as he rapped “Bow Down” in its entirety.

Rap legend Slick Rick, who is 45 and an English product, followed for the next 35 minutes. With gold jewelry all over his neck and sporting the famous right eye patch, Slick Rick made the audience remember the good old days. “La-Di-Da-Di,” “Mona Lisa” and “Children’s Story” were huge pleasers.

Before Xzibit’s half-hour surprise appearance, E-40’s unique music dominated the stage. “Tell Me When To Go” was his hit of the night, but E-40 provided tunes from his early days. Soon after, Too Short came up and he truly delivered. Some of his performances included “Blow the Whistle” and “Getting’ It.”

To close out the night, Bone Thugs-n-Harmony amped up the audience with classics like “Tha Crossroads,” “First of Da Month” and “Notorious Thugs.” Every time Bizzy Bone rapped his verses, the crowd loved it and yelled their lungs out. Perhaps it is because of Bizzy’s unique high-pitched voice that he uses to rhyme his lyrics extremely fast.

In between Bone Thugs-n-Harmony’s set, DJ Quick and Chamillionaire appeared to rap one song each. DJ Quik performed “Let’s Get Down,” and minutes before his stage appearance, he states, “I am just here to support the concert and all those performing.”