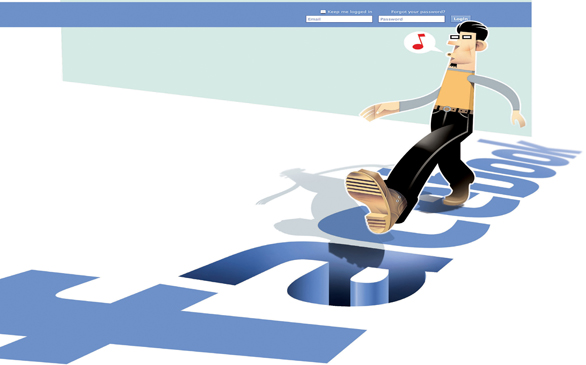 Your Facebook page could hurt your chances of finding a job.
(Credit: Mina/The Sacramento Bee 2010/MCT)

April* has been unemployed for four months. Although she graduated in the top 25 percent of her class at USC, she has only held one salaried job since entering the work force in 2008. That position lasted for a year and a half until she was laid off. Since then, April has applied for job after job, with no luck or prospects in sight. She began to wonder if there was something else hindering her from landing an interview. So, at the suggestion of her girlfriend, April took to the Internet and conducted a Web search of her own name. What she found worried her immediately.

“My Facebook popped up right away,” she says. “I mean, it was right there. And my page was supposed to be private. But it was the first thing to click on in the Google search – complete with my picture and everything.”

April began to wonder if any of the companies she had submitted her resume to had seen her social networking profile (complete with bikini-clad photographs of her with friends during spring break and expletive-laden comments from acquaintances). Chances are, they have. According to a recently conducted Microsoft survey, nearly 70 percent of hiring managers admit to seeking out information about applicants via social networking sites such as Facebook and MySpace and potentially rejecting candidates based on their findings. Unfortunately, they aren’t just knocking applicants out of contention due to wild photos or off-color remarks; they’re also paying attention to what friends and family members write.

While MySpace, Twitter and Facebook (which has soared in popularity in recent years) offer a number of privacy options, savvy Web users are still able to gain access to profiles via e-mail addresses, surnames and even friends of friends, as April soon realized.

“I started getting friend requests from all these people – some of them I hadn’t talked to since before I graduated. And they all knew what was up with me. Every time,” she says. “In some cases, it felt like they were hiding in the bushes or something – the Internet bushes. They knew who I was hanging with, where I go with my girls – everything.”

This is due, in part, to the search feature embedded in each page. Many registered users are oblivious to the URL located at the bottom of their Facebook profile. This Web address can be easily accessed and distributed by any other user. Not only that, but all profiles are visible via regular Web search – even when the privacy settings for such discovery have been enabled. Some users have reported that their URLs have been sent without their permission to people not on their friends list and in some cases, to people with whom they have adversarial relationships.

April’s partner, Whitney*, can attest to this.

“I was up against this girl that [April and I] don’t like for this one PR job. Since I knew who my competition was, I kind of-sort of ‘anonymously’ sent the HR people incriminating evidence,” she says, laughing. “I didn’t get the job, but then again, neither did she.”

So, should jobseekers eliminate their profiles altogether? Not according to Dakotta Alex. Alex is a human resources professional who feels that social networking sites are great, as long as they’re utilized correctly.

“Social networking Web sites allow you to stay in touch with individuals and continue to build rapport with those individuals,” he says.

He believes that certain sites should be used for specific purposes.

“My Facebook is used for any person I’ve met in person, and my Linkedin is anyone and everyone that wants to be a contact. On my Facebook, I have added former bosses and other senior professionals I would like to get to know personally who would be able to assist me in the future and I, them.”

Even so, April has decided to forgo her profile on Facebook indefinitely.

“I can’t afford to be out of a job much longer,” she says. “I tried to make the page private; people still found it. I even tried to use a fake name for the thing, and Facebook rejected it. I don’t like nosy people, but apparently they’re everywhere. So if I can’t make the site work for me and my needs, what’s the point?”

* April and Whitney requested that their real names be withheld.