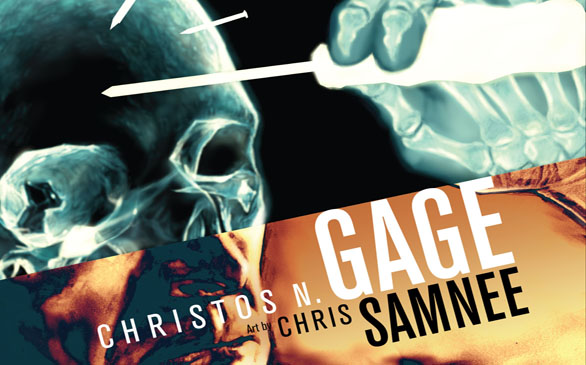 The latest in the Vertigo Crime imprint may be its best yet.

A serial killer known as Henry the Eighth is leaving a trail of decapitated victims. When the detective on the case suffers a brain injury, he finds his perception is altered.

His investigation leads him to discover the secrets of the ancient practice of trepanation – drilling a hole in one’s head to attain enlightenment. Now, his newfound powers may be the only way to catch the killer.

Writer Christos Gage, a veteran of comics and cop shows, knows how to tell a good mystery. The disturbing sci-fi concept adds an original dimension to a well-worn genre. The black and white, noirish artwork by Chris Samnee is as effective as Lee Bermejo’s creepy x-ray cover.