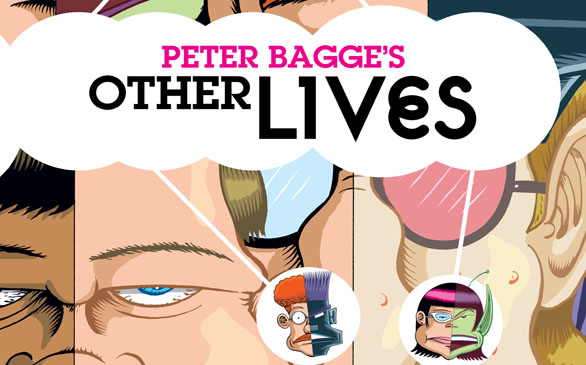 Comics veteran Peter Bagge (Hate) makes his graphic novel debut with Other Lives, a tale of three former college friends. Each finds himself caught up in professional and personal malaise, wrestling with identity, both in the real and virtual worlds.

Vader, a successful journalist, is a self-loathing plagiarist who feels pressured by his girlfriend to get married. Woodrow is a divorced father of two, more concerned with online role-playing than with his children. Otis claims to work for the CIA, but still lives with his mom.

Bagge’s jelly-limbed characters are certainly distinctive, if a tad grating at times. He is affective in painting a portrait of 21st century life, a time when the meaning of truth, identity and the boundaries of public and private life have never been so nebulous. Unfortunately, it is not as consistently inventive throughout as the shocking and brilliantly satirical ending.

Other Lives is currently available.