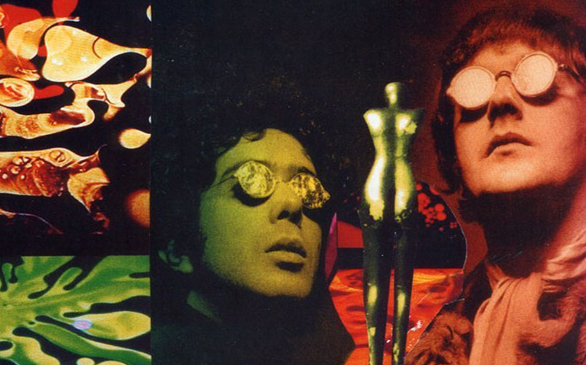 Everyone knows Nirvana as the band fronted by the immortal Kurt Cobain and the fathers of grunge rock. But there are few Americans (and believe me, I talked to all my friends who are fans of the era’s music), who know about the Nirvana from the UK. They were the forerunners of the Who and one of their lead writers, Patrick Campbell-Lyons, opened for the Rolling Stones when they were still playing at tiny English clubs in the early ’60s.

This Nirvana made history by playing where they wanted to play, how they wanted to play and being one of the first UK bands to sign to Island Records and one of the only bands to ever to be splashed with paint by Salvador Dalí on stage. In his new memoir, Psychedelic Days, Campbell-Lyons tells the tale of the 1960s, when Nirvana formed and grew and inevitably began to fade.

His meandering storytelling may seem ethereal and nonlinear, but Days is more than just a book, it’s a time machine – you can see the stages he played on, hear the enigmatic Chris Blackwell’s voice and feel the crush of the crowds rising up from the pages as you read his words. You’re really taken for a ride as Cambell-Lyons deftly weaves his meandering tale with a passion and style that could only be topped by actually being there yourself.