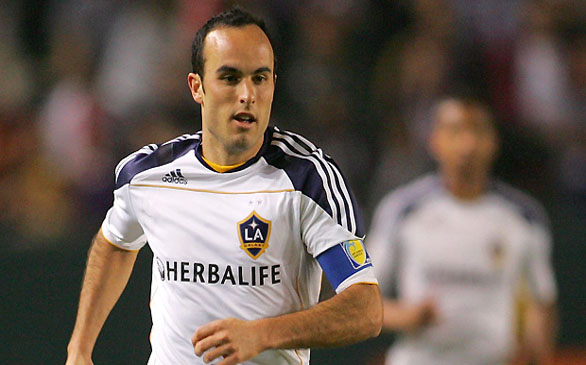 On a chilly evening in Kansas, the Galaxy only managed to attain a scoreless draw against the host Kansas City Wizards.

For the first time this season, both forward Edson Buddle and the Galaxy unit did not score in a match. In the previous four affairs, Buddle netted seven goals for Los Angeles.

The Galaxy collected a favorable road point in the 0-0 tie against the current first-place squad in the Eastern Conference. They moved to 4-0-1 for the season with 13 total points in the Western Conference, good enough for first place.

Defensively as a group, Los Angeles registered yet another shutout for the season. Jamaican goalkeeper Donovan Ricketts and the team now have five, which is the best in the MLS for that category.

One of the most prominent scoring threats for the visitors arrived in the second half as striker Landon Donovan made a run with the ball into the right side of the box. Even though closely marked, Donovan somehow managed to fire a shot off. However, the Wizards goalkeeper Jimmy Nielsen made the stop to prevent the score.

“I got a good clearance. Someone cleared the ball well and did a great job putting the ball in position, and I couldn’t quite pull away from the defenders,” Donovan said on the Wizards’ Web site.

The Wizards were the first group to have shutout the Galaxy during this campaign.

“The defenders were outstanding. It was a tough job for them, especially with Ricketts’ long goal kicks,” Nielsen said of the shutout on the Wizards’ Web site. “We won the first ball, and we won the second ball nine out of 10 times. As I told them after the game, they did a fantastic job and made my life very easy.”

Los Angeles next plays the new league expansion team, hosting the Philadelphia Union Saturday at the Home Depot Center. Kick off is scheduled for 7:30 p.m.