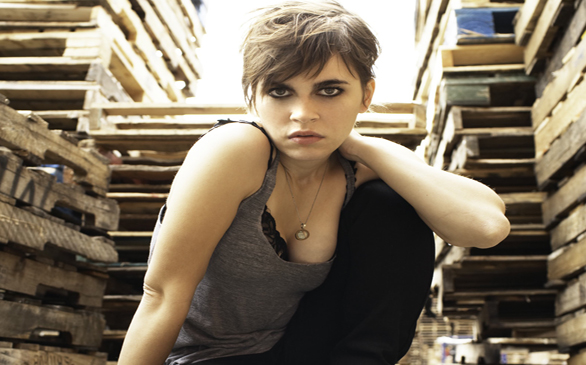 Since her 2003 debut, Kaki King has evolved from solo artist and queen of the New Acoustic movement to fronting an alternative/indie rock quartet. During King’s fifth outing, Junior, her trademark finger-hammer style of acoustic playing is largely supplanted by conventional electric guitar, and on most of the album King uses high, dream-poppish vocals to articulate lyrics about dishonesty, ruptured relationships and personal declarations.

However, King’s voice is limited in reach, range and capacity to assert her emotional content. For example, an aggressive, deeper timbre could have given punch to pumped-up indie rocker “Falling Day” or metallic forehead-banger “Death Head.” King’s singing – and thus her dark themes – work better during minimal arrangements. She effectively affirms her acerbic acidity on polished rocker “The Betrayer” and her whispered vocalizing also proves persuasive on mostly acoustic “The Hoopers of Hudspeth,” although she is unable to furnish the necessary sentiment for acoustic closer “Sunnyside.”