Out of this Galaxy 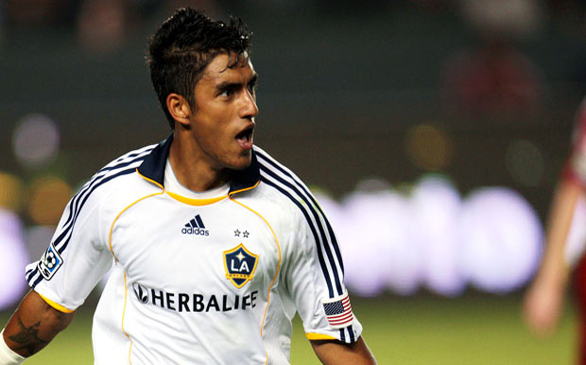 Forward Edson Buddle collected two goals en route to the Galaxy’s 3-1 victory over the MLS expansion Philadelphia Union at the Home Depot Center. With the win, the Galaxy improve to 5-0-1 for the season. They sit alone atop of the Western Conference Standings with 16 points and are still one of two unbeaten squads in the league.

The Galaxy got back on track after only earning a draw in their previous game against the Wizards, and it started as A.J. DeLaGarza scored his first career goal. The defender connected on an assist from Buddle from the right side of the box 53 seconds in. DeLaGarza’s goal is the second fastest in the club’s history.

In the 28th minute of play, Buddle netted his first score of the evening, and it ended up the game-winning goal as well. He then put another into the back of the net seconds prior to halftime. It was Buddle’s fourth multi-goal match of the campaign, as he now has nine total goals. Landon Donovan assisted on Buddle’s second score; Donovan carries five assists, which is tops in MLS.

Los Angeles plays today at 6:30 p.m. in Colorado before traveling to Seattle Saturday for a 1 p.m. kick-off.