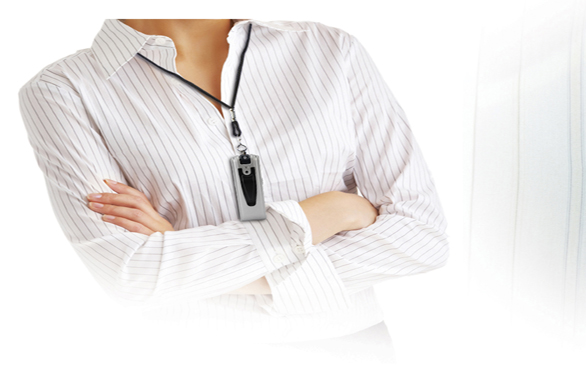 We live in a YouTube world. If there is a show you like, there are videos online of people whose fandom puts yours to shame. If you have an opinion, you can probably find several grainy, slightly creepy videos online of people spelling out why you are absolutely right. If you have done something stupid, there are countless videos of other people doing things that make you look like a genius.

Behind every moment that is captured, there is the unavoidable truth that somebody set up the shot and let it roll in the hopes that video gold would unfold. For monologues and stunts, this is an understandable happenstance, but sometimes the funniest, most touching and most genuinely interesting events occur in a moment that nobody sees coming. When we are lucky, these events happen in a time and place where there are already video cameras rolling. Unfortunately, not every great Internet moment can happen at a sporting event or on live TV.

The uCorder Wearable Video Recording device (ucorder.com) offers the ability to cover those moments where there are no other cameras nearby. As the name implies, you can just slip the uCorder’s lanyard around your neck or clip it to your shirt and wear your video recorder. With a camera around your neck, you are just a few warming-up seconds away from being able to videotape an awesome stunt or to just capture a fun conversation with your buddies.

One of the unique attributes of this lightweight slab of plastic is that no efforts have been made to make it seem like anything other than a camera, and yet it is easy to forget that it is recording you. To best explain this, the uCorder works under what Douglas Adams dubbed the Somebody Else’s Problem Field. Rather than camouflaging the device, its design and dark grey coloring are so obvious that people’s minds choose to ignore it. As such, you may find yourself recording some amazingly personal, candid moments with your friends that could just as easily become fond memories or blackmail material.

The uCorder may be fairly small, but it is made to capture moments at any time. The recorder can be set for audio only, making it a great accessory to bring into the classroom during a lecture or to capture a concert without having to fumble with a handheld device. The top of the device has an adjustable LED light that you can use to highlight your target or just add a bit more light to the shot. If you get the sudden urge to vlog or video chat with your friend, you can turn the uCorder into a webcam by flipping the switch to the PC CAM setting. For longer recording sessions, you can keep the video going thanks to the one or two GB of internal memory and up to eight additional gigs of memory thanks to the SD card slot.

For a tiny personal video recorder, the image quality is comparable to most of the other video recorders on the market. The video is a bit better than a cell phone, plus it won’t drain your phone’s battery in case you need to call someone to tell them about the awesome video you just took. It may not be as high quality as a camcorder, but the point of this portable device is to film when waving around a camcorder might distract the subjects from doing whatever crazy thing that you are trying to catch them doing. The whole package ranges from about $80 to $100, so it is a bit of an investment, but it is not so expensive that it should keep you from doing fun things worth filming.

Admittedly, there are a few questionable decisions in the uCorder’s designs. The clip on the front does let you attach the device to your shirt, but only if you are wearing a shirt with a pocket or a low neck. It seems like attaching the clip to the back or allowing the user to swivel the clip might have given the uCorder a more natural feel. The uCorder does come with a lanyard, but it hangs very low and sways around so much that filming while walking is very difficult to watch.

Otherwise, the uCorder is a fun little device that will have you constantly looking around for new memories to capture and share.