On To the Semis 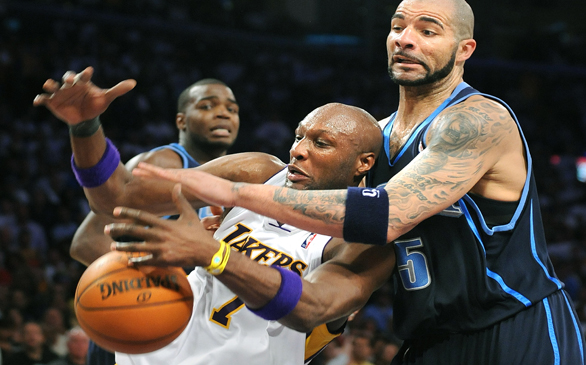 After eeking past the Thunder with a 95-94 Game 6 victory Friday night in Oklahoma City, the Lakers move on to the second round of the Western Conference Playoffs against the Utah Jazz. The Salt Lake City squad also played a six-game first round that ended on Friday when they bested the Denver Nuggets 112-104.

The Lakers beat the Jazz three times out of four during the regular season and took Game 1 of this series in Los Angeles, 99-104. If they can contain the powerful tandem of Deron Williams and Carlos Boozer with solid defense, they should be able to make it to the Conference Finals.

Game 3 and 4 are Saturday and Monday at EnergySolutions Arena in Salt Lake City.