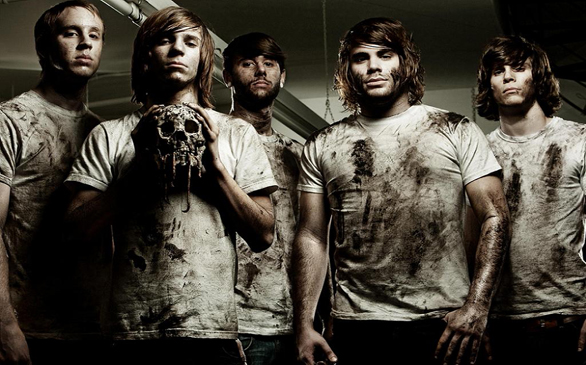 It’s wild, and it’s huge; it’s the “Elephants” contest from Epitaph band Our Last Night. The melodic-metal group is giving the contest winner a chance to perform alongside the band when the group’s tour stops in the fan’s local market. Entrants need to create a video of them singing or playing guitar along to the Our Last Night song “Elephants” and then upload the clip to YouTube where the winner will be selected from the top view getters.

An announcement video at tinyurl.com/y3mu5gz explains the contest details and how to download an instrumental version of the song. Contest ends on May 11, and the winner will be announced on May 25.

Our Last Night play the Whisky May 19, Chain Reaction May 23 and then again in August when the Warped Tour hits Pomona. The band’s new album, We Will All Evolve, just dropped this week, and it contains the original version of “Elephants.”

NextAid, a Los Angeles-based nonprofit organization harnessing the power of music to affect change in the lives of orphaned and vulnerable children in Africa, launches its online auction, Bids Build Hope, May 7 in conjunction with World AIDS Orphans Day. Proceeds from the auction benefit the Kawangware Vision Center in Kenya and the goGetters program in South Africa.

The items up for grabs are broken into categories like Call in Sick where you can bid on hotel, flight and cruise packages and Treat Yourself L.A. where dining experiences and spa treatments are offered. The list of items in the Power of Music and Wannabe a DJ categories includes gear from Traktor Pro, Allen & Heath, Roland, Rimowa and Midi Solutions, music education classes from Dubspot, a cabin for two aboard the next Groove Cruise and tons of CDs, records, downloads and festival tickets. Bidding ends May 31.

The Henry Clay People Are Coming

L.A.-based band the Henry Clay People don’t mind when people call their music slacker rock; in fact, they kind of enjoy it.

“While we don’t quite fit in with L.A.’s noise scene or the singer-songwriter crew that hangs out at the Hotel Café, we’ve found a nice little niche for bands like us,” says singer/guitarist Joey Siara. “Just a bunch of friendly people who prefer to hang out, drink cheap beer and listen to Big Star records on a Saturday night. That’s the spirit of this band – nothing we’re doing is rocket science.”

The band’s Somewhere on the Golden Coast drops June 22 through TBD Records, and the Henry Clay People open for the Drive-By Truckers May 7 at the Avalon.

Jason Bentley, Tom Schnabel, Anthony Valadez and other KCRW personalities have all tried their hand at remixing songs from Ozomatli’s album, Fire Away, and the results are streaming online and are available on CD as Ozomatli vs. KCRW Soundclash. The set contains six of the influential Latin band’s new songs re-imagined by the DJs, including an Anne Litt remix of “Love Comes Down” that features local a cappella group Sonos, while Aaron Byrd applies a little magic to “Are You Ready.” Free copies of the CD are available while they last at select KCRW events and DJ residencies around Los Angeles.

Yeasayer, Mad Decent and Aviary are sponsoring a remix contest for the Yeasayer song “O.N.E.” Stems of “O.N.E” are available for remix using Aviary’s free music program, and Mad Decent has created widgets that entrants can use to promote their remix at social networking sites. The grand prize winner takes home Native Instrument’s Traktor Scratch Pro and Yeasayer’s Odd Blood CD while four runners-up get the CD, a Yeasayer T-shirt and Beats Ear Buds. The contest ends May 14; details at remix.maddecent.com.

As a thank you for 30 years of support, Bad Religion is offering fans a free download of 30 Years Live, a set recorded during their spring tour. Free copies are limited; fans need to register now at badreligion.com in order to get a download on May 18.