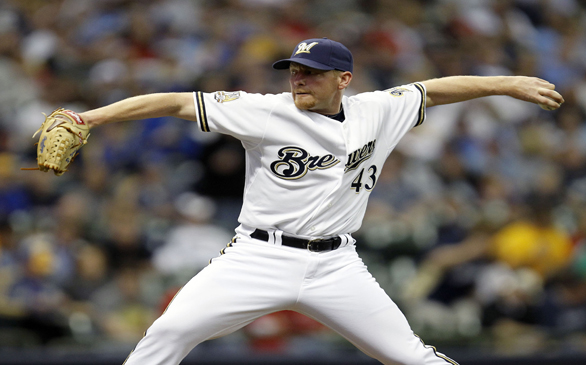 The success of the Dodgers last season had much to do with the contributions of Los Angeles-area native Randy Wolf. Born and raised in Canoga Park, Wolf attended Pepperdine University before signing with the Philadelphia Phillies fresh out of college. When the Dodgers signed Wolf, first in 2007 and again in 2009, it seemed like a perfect fit – a kind of local-boy-makes-good story.

Indeed, last season Wolf made more than good, becoming the Dodgers’ most dependable starter in their NL-best, 95-win season. Wolf’s modest record of 11-7 could not tell the whole story of his importance to the club. He had to his credit an additional 16 no-decisions, and in 11 of those games, the Dodgers went on to win. The consummate workhorse, Wolf never missed a start, leading the league in starts while eating up more innings than any other pitcher on his team.

By his own admission, Randy Wolf never had the best stuff. His fastball rarely clocked 90 mph, and his curve and changeup were merely above average on a good day. Wolf’s success seemed to come from sheer grit. He was notorious for allowing runs in the early innings and yet somehow scratching his way out en route to a quality six or seven-inning performance.

Wolf had a certain poise and level-headedness that made him stand out among the starting rotation. Whatever the jam he’d find himself in, he would take a big breath and go back to work. It was just this sort of professionalism that made him such an indispensable team leader.

For these reasons, it was particularly shocking when the Dodgers promptly dispensed with Wolf at the close of the season, neither offering him a new contract nor arbitration. He was snatched up in short order by the Milwaukee Brewers, who offered him a contract worthy of his talents. This week, those same Brewers are in town, and while Wolf is not scheduled to pitch, his very presence at the stadium at a time when the Dodgers rotation is in near shambles is a reminder of the good thing they let go.