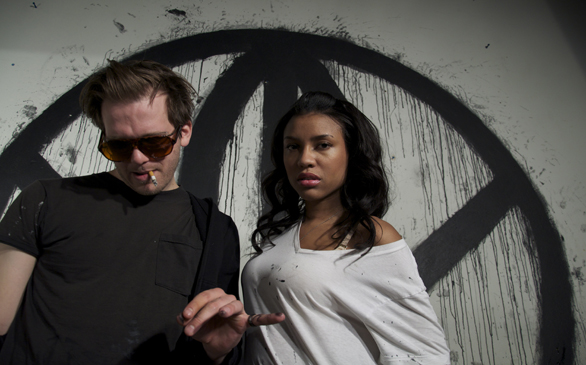 The first song on Relayted is called “The Gaudy Side of Town,” but since the tune is a downbeat, silky web of aural seduction, the title might just as well refer to the “gauzy” side of town. The dreamy, layered music that permeates Relayted is informed by groups like Roxy Music and 10CC, and producer Ryan Olson was intentionally going for that sound when he assembled this group that has Zack Coulter and Adam Hurlburt of Solid Gold as its core.

It took a whole passel of artists to achieve the sound Olson was looking for, including members of the psych-rock group Leisure Birds, sax player Michael Lewis, Justin Vernon and Mike Noyce from Bon Iver and rapper P.O.S. of Rhymesayers. Ivan Howard of the Rosebuds sounds a lot like Roxy’s Bryan Ferry on standout tracks “The Walker” and “The Last Prom on Earth,” while five singers led by Megafaun’s Phil Cook pay direct tribute to 10CC with a lush, slow cover of “Cry,” a song that was a major video hit for the masterminds behind 10CC, Kevin Godley and Lol Creme.

Put Relayted on for an afternoon daydream, and it’s certain that you’ll slide into the evening without a care in the world.