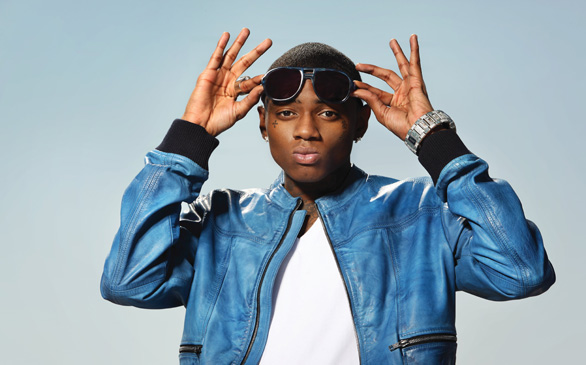 A listen to Latin’s opening track, appropriately titled “One,” gives no indication that Holy Fuck is a band that’s into the electro-pop dance scene. “One” is an ambient noise piece that sounds like something you’d hear in a sci-fi film that’s set in outer space – you know the scene – the one where a spacecraft and its crew emit a hopeless gurgle as they fry while being sucked into some massive ball of radiation.

Mostly though, Holy F’s music takes you to a much friendlier place. “Red Lights” is a fast-paced disco shuffle that might be a little dangerous if you listen to it while driving; the track’s insistent drumming and impatient bass riffing won’t hold up as an excuse when Mr. Police Officer wants to know why your foot was dancing all over the accelerator. Imagine what Prodigy would sound like if they gave one of their songs a chill-out treatment and you have “Pigs,” while “SHT MTN” draws inspiration from the Casio-rocking blip fests of the New Wave era.

There’s nothing earth-shaking about Latin (and nothing Latin, either), but it’s a fun and physically motivating listen from beginning to end.