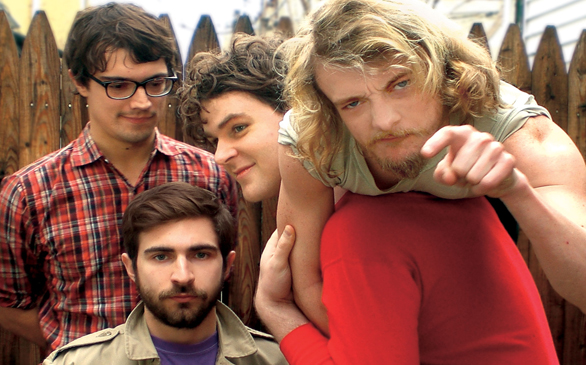 If you wanted to try a taste of the new Univox album and decided to randomly pick one song to download, good for you if you honed in on “All This Blood Came from My Heart.” The song is a morbid tale of murder and suicide that the band performs a cappella, and their use of the music-less form significantly heightens the madness of the story.

With a cold, emotionless reading that perfectly mimics the mindset of a stereotypical madman, singer Josh Jones relates how he killed a rival for the love of a woman and then wants to kill her as well in a murder-suicide. The rest of the band provides a sympathetic melody and a rhythm behind Jones with screeching falsetto vocals and a surf song-like chant of “bah-bah-bow.” The result is very powerful – you would not want to meet up with any of these whackos in a dark alley.

The only problem is this little gem is a one-off deal and not typical at all of what Univox mostly favors, which is a mope-edged blend of indie rock influenced by R.E.M. and Iggy Pop. The recent success of MGMT shows that fans are hungry for music that’s a little bit out there if it’s done well, and it’s not much of a stretch to imagine a whole wave of freethinking bands like Univox riding the trend out of the underground.