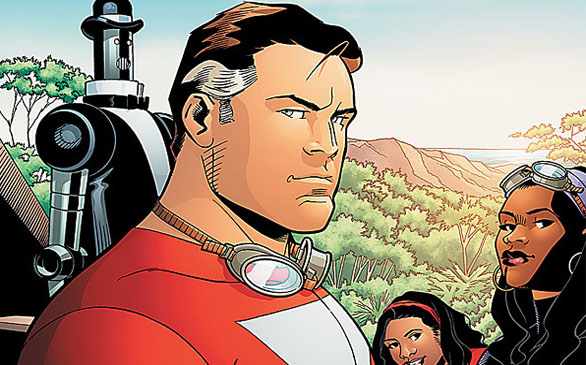 Raised in a high gravity chamber, the century-old hero Tom Strong combines super strength with super intelligence. With his wife, daughter, genius ape sidekick and robot butler, Strong defends the towering metropolis of Millennium City and the universe itself.

This volume abandons the lovingly rendered world of Millennium City for exotic locales deep in space and in the Earth’s core. Moore introduces two new characters (neither of whom are terribly compelling), Tom Strong’s female Russian counterpart and the prince of the inner Earth dwellers. Wife Dhalua and ape companion Solomon get left behind.

Ultimately, it was the warm send-ups of bygone comic book eras of the earlier stories that made Tom Strong really shine. While the first volume was so brimming with ideas, this second feels somewhat wanting in comparison. Of course, Moore is never altogether without invention (There is a characteristically intelligent take on time travel.). It is never less than enjoyable.