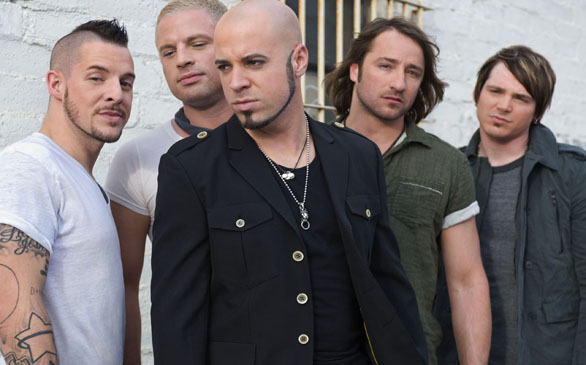 Despite the 30-minute line for a $7 beer and the lazy Monday night, the Daughtry and Lifehouse show was a night full of catchy pop rock that almost conned me into buying a $45 t-shirt. My fellow Los Angeles concertgoers insisted on not letting me stand while two good rock bands played their hearts out.

Around 10 p.m., the Daughtry curtain dropped from the roof in front of the stage and the band broke into an extended drum intro that blended into the band’s first song. The stage was decorated with a Mötley Crüe-esque setting, complete with steel platforms and steel stairs that gave way to countless rock ’n’ roll stances and jumps throughout the night.

Daughtry’s set was exactly what you’d expect from a band that thrives on massive radio hits and elevating, sing-along choruses. The verses were mild, the choruses were big and the songs’ extended outros were aplenty. I couldn’t help but think that seeing Daughtry on the Nokia Theatre stage surrounded by giant TV screens projecting the show was reminiscent of his glory days on “American Idol.” And when the band broke into a cover of Phil Collins’ “In the Air Tonight,” I couldn’t help but think, “What would Simon say about this cover?”

Cover songs aside, the band performed a majority of their short catalog that pleased the packed theater from start to finish. Before the song “September,” the North Carolina native, Chris Daughtry, ran through his smalltown boy-turned-rock star Cinderella story that had the audience eating out of the palm of his hand.

Lifehouse, the night’s opening act, was hit and miss, playing predominately new material. The band played through their current hit “Halfway Gone” and closed with 2001’s “Hanging by a Moment.”