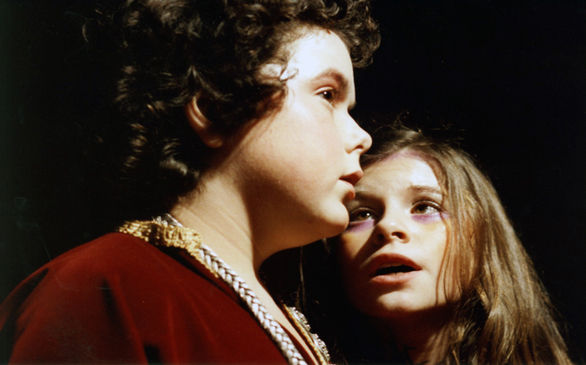 “‘There is no use trying,’ said Alice; ‘one can’t believe impossible things.’ ‘I dare say you haven’t had much practice,’ said the Queen. ‘When I was your age, I always did it for half an hour a day. Why, sometimes I’ve believed as many as six impossible things before breakfast.’”

You must recognize this passage from Lewis Carroll’s beloved children’s book Alice’s Adventures in Wonderland. I read it some time in elementary school and remember finding that, to my sixth grade class, the puns were incredibly witty and the characters were so absurd, we couldn’t help but love them.

I reread the novel a few months ago so as to refresh my memory. Tim Burton’s adaptation (and I stress the word adaptation) was going to be released shortly, and I wanted to make sure I could give it my best review in comparison to the book. If you managed to catch the 3-D, highly stylized Wonderland of Burton’s imagination, you must have realized how very much unlike the book it actually was.

I enjoyed the film immensely, but it left me conflicted. The best book-to-movie adaptations, in my opinion, are the ones that stay as true to the original work as possible without letting the book dictate how it should look in film. There is a difference between being strictly dedicated to the prose and being conscious of the original but enhancing it nonetheless.

Given time to think about it, I’ve realized that this adaptation, however unlike Carroll’s story it may be, has a different audience in mind. Parents may have found themselves enjoying it more than their offspring because Burton has taken what we enjoyed as children – a jumbled mess of puns and an incoherent storyline – and turned into a fairy tale for the older audience that still appeals to the little ones, as all true Disney productions must.

Obviously, Burton was not the first to make an adult film that also appeals to our sense of imagination. Going way back to early cinema, F.W. Murnau’s Nosferatu (1922) is a classic horror film, one of the first that has been scaring generations with its early portrayal of vampires. Edward Cullen can’t even compete.

And inherently every horror film requires a license for the fantastic from the audience. Films like Suspiria (1977) and ones as recent as The Wolfman (2010) rely on our knowledge of the folklore and fairy tales we were taught in our youth.

For those of you who, like me, still employ your imagination, who enjoy the surreal and the stupendous, who believe in all of it (to an extent), then delve a little deeper in movie history and catch “Fairy Tales for Grown-Ups” every Thursday in May at the Cinefamily at the Silent Move Theatre.

These screenings for the kid in you are by notable filmmakers like David Lynch and Roman Polanski and star big names like Reese Witherspoon, Keifer Sutherland and Laura Dern.

What do all of the films have in common? Based in a hyperreality and grounded in the classical image of our favorite children’s fantasies, the screenings are for the mature audience only. Done away with child-safety restrictions, these films are not afraid to go where Mother Goose has never gone before.

On Thursday, May 13, the Cinefamily is screening Black Moon (1975) at 8 p.m. and Valerie and Her Week of Wonders (1970) at 10 p.m. The former is a piece by controversial French director Louis Malle, who tells the story of an English girl lost in a futuristic woodland landscape. Told in the stream-of-consciousness style, the film remains unavailable in the United States after Fox aborted its theatrical release.

Valerie and Her Week of Wonders is a hallucinatory trip through the psychoactive world of a 13-year-old girl. Vampires give her the gift of love and sexual awakening in a torrent of both beautiful and frightening experiences. It is an acquired taste of storytelling, but that’s why you won’t bring small children. And it is a sight to see in 35mm.

Snuggle up for a date night with your fellow adults and travel to the realms of these real bedtime stories with a little more sex and violence than your average Grimm’s fairy tale.