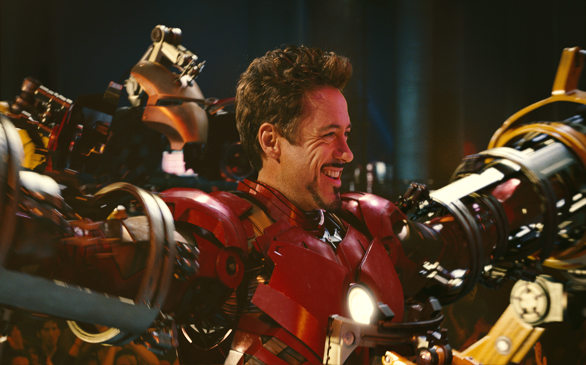 I love sequels. Audiences love sequels. Hollywood LOVES sequels. There’s something about that feeling you get when you’re about to see a new installment of a film you really loved. The goal, as it should be in every case (unfortunately not always), is for the sequel to be better than the first film. If you’re not aiming for the rafters then what’s the fucking point? Sequels are great, but like their predecessors they are only great … IF DONE RIGHT.

There is a fine line between sequels and remakes. Sometimes a sequel can feel like a remake depending on the execution. The idea is that if a movie does well, people want more of the same, and a lot of sequels are constructed to be almost exactly like the first one. If it’s a comedy, you get all recycled jokes, and if it’s action, you get overly similar action sequences. A well-made sequel takes the central characters and presents them with new psychological challenges and does something new with the story. A great sequel is a continuation of all the good things about its predecessor, not a rehashing of them.

The other night I caught a screening of Iron Man 2, the Jon Favreau-directed follow up to 2008’s summer blockbuster mega hit Iron Man, starring Robert Downey Jr., and I’m happy to say that, in my opinion, the film is an example of a sequel done right. I loved the first Iron Man, and one of the reasons I loved it so much was because, like Gore Verbinski’s and Johnny Depp’s Jack Sparrow before him, Tony Stark is a three-dimensional character that works above and beyond the film around him.

All too often superheroes are portrayed as the middle-of-the-road moral good guy, which may work if you’re trying to play to everyone’s moral good side, but it’s refreshing to see a character who is flawed in more realistic ways. Downey delivers another great turn as Stark, and the film succeeds in showing us the same character from the first movie on a new journey of self-discovery.

When it comes to sequels of action movies, obviously the action sequences need to be stepped up. Action sequences can’t be just about the action; the reason for the action and the stakes for the characters participating in them are what make the action interesting. A good sequel ramps up the action and provides all new stakes and motives for the characters. Iron Man 2 succeeds on this level as well. The action in Iron Man 2 is top notch, and the stakes are different from the first movie. A tremendous amount of credit for the success of this film is due to Favreau for his direction and Justin Theroux for his script. While Favreau’s Iron Man franchise and Christopher Nolan’s Batman franchise are very different on many levels and hit different entertainment sweet spots, Iron Man 2 reminded me of the raising of the bar between Batman Begins and The Dark Knight. I feel like one of the reasons why that’s the case is because these films are decorated with very talented and capable actors. Don Cheadle, Sam Rockwell and Mickey Rourke all turn in awesome performances that compliment Downey.

I hope that these films show that no matter what the subject matter of the movie is, casting great actors always adds another layer of nuance to it. Iron Man 2 is everything you could possibly want out of a summer action movie. Congrats to the filmmakers and everyone involved for crafting a genuine piece of wildly entertaining cinema. This film is going to be huge and make a shit ton of money, and they deserve every penny. I’ll bet that the people who don’t like this film don’t really care for big action movies in general. Because if you don’t, at the very least, have a good time at this film, you better have a really good reason for it, otherwise you’re an asshole.