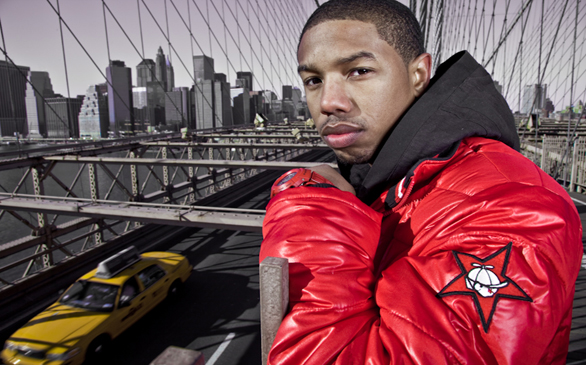 Fans of the TV series “Friday Night Lights” will be glad to welcome fresh face Michael B. Jordan to the fourth season. Described as the “Denzel Washington” of his generation, Jordan will be playing Vince Howard, a character he describes as “pretty much every kid.”

Vince is the football player, the student, the guy with a lot of family responsibilities, someone Jordan thinks is not that far of a stretch to play.

“I’m from Northern New Jersey,” he says. “I grew up in a not-so-nice area. The scripts gave me room to have fun with it. It was a lot of improv.”

When asked about his most rewarding role, Jordan answers, “Every role that I’ve played has given me something positive to walk away with; the first one that comes to mind is [WWII] flight officer Maurice ‘Bumps’ Wilson from the upcoming project Red Tails. This was the first time I got the chance to travel internationally and put months of homework and training to pull it off. I’ve invested so much time and energy into this project so I’m really looking forward to seeing the fruits of my labor.”

What was it like working with George Lucas on Red Tails?

“George was very laid-back and direct,” Jordan says. “He lets you know what he wants and expects you to deliver. It’s a certain level of trust he has with his actors. In layman’s terms, we didn’t get hired for no reason,” he says, laughing.

“He lets us do our job, which is refreshing,” continues Jordan. “Anthony Hemingway is an amazing director who directed the entire film overseas. He really understands the role of a director and for his first feature you couldn’t tell by observing him. He is a stand-up pro!”