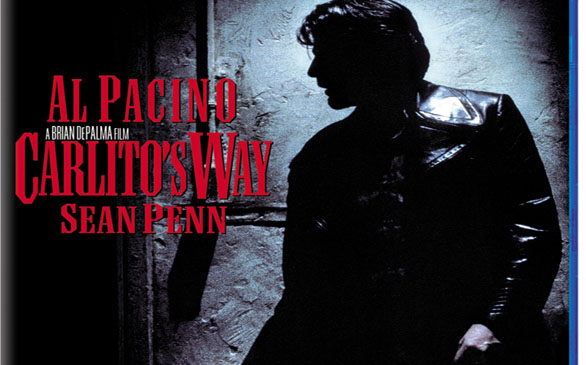 Ten years after Scarface, Al Pacino and Brian De Palma re-teamed for another gangster film, the underrated Carlito’s Way, now on Blu-ray. Sean Penn gives one of his chameleon performances as the high-powered attorney who gets the reformed drug kingpin released from prison. But when Carlito tries to go straight, he finds it more difficult than he imagined.

Three major foreign directors release films this week. Best known for horror films like Cure, Kiyoshi Kurosawa garnered the Un Certain Regard Prize at Cannes with Tokyo Sonata, a funny and poignant portrait of a modern Japanese family disintegrating after the patriarch loses his job.

In Dogora, director Patrice Leconte marries an opera composed in a made-up language with footage he shot during a visit to Cambodia, where he was greatly affected by what he saw. The result is a poetic documentary in the style of Koyaanisqatsi.

Andre Techine’s The Girl on the Train follows a young woman (Émilie Dequenne) who lies about being the victim of an anti-Semitic attack. Catherine Deneuve co-stars as her widowed mother.

Exceptional performances by Woody Harrelson, Ben Foster and Samantha Morton make The Messenger a must-see. Foster is a soldier home from Iraq who joins Harrelson in informing family members that a loved one has died in combat. But the young veteran soon falls for one of the widows (Morton). It may be Harrelson’s best performance to date, while Foster continues to prove himself one of the strongest actors of his generation.

A giant fire-breathing turtle is awakened from his sleep in the arctic after a nuclear blast goes off. Now he’s got his sights set on Tokyo. Gamera, The Giant Monster, the first in the long-running series of films, is finally presented in its original Japanese version.

After his brother disappears, Matthew is racked with guilt. But when he watches an old family movie, he hears his brother calling out to him from the TV in The Disappeared.

William Forsythe is a psychotic preacher-turned-vampire in Mark Young’s (Tooth & Nail) Southern Gothic. An alcoholic strip club bouncer has to rescue his girlfriend’s daughter from the villain and the gang of bloodsuckers wreaking havoc on the small rural town.

Focusing on the last couple decades of his life, Words of Advice: William S. Burroughs on the Road (available May 25) shows the avant-garde author as he reinvents himself as a public performer. The film uses footage shot during Burroughs’s European tour to promote his final trilogy of books, as well as interviews with those closest to him and footage from throughout his life.

The World of Buckminster Fuller (available May 25) details the life and work of one of the 20th century’s most important minds. A renaissance man, Fuller was an inventor, philosopher and futurist, whose theory of Synergetics is particularly relevant today. Among his contributions are the geodesic dome and the Dymaxion car, which was getting 30 miles to the gallon in 1933 but was subsequently killed by Chrysler.

Whereas Ken Burns’ Jazz treated its subject as a solemn, historical moment, Icons Among Us: Jazz in the Present Tense seeks to erase that misconception and show modern-day jazz as a vibrant, alive force.

Competitive arm wrestling is the subject of Pulling John, a fun documentary with a compelling personality at the center.

The Louis L’Amour Western Collection contains three solid adaptations of the great western author’s books: The Sacketts (1979), starring Tom Selleck and Sam Elliott as brothers who bring order to Santa Fe, Conagher (1991), a romance starring Elliott and Katharine Ross and Catlow (1971) starring Yul Brynner as a roguish outlaw attempting to pull off a gold heist. Leonard Nimoy is his nemesis.