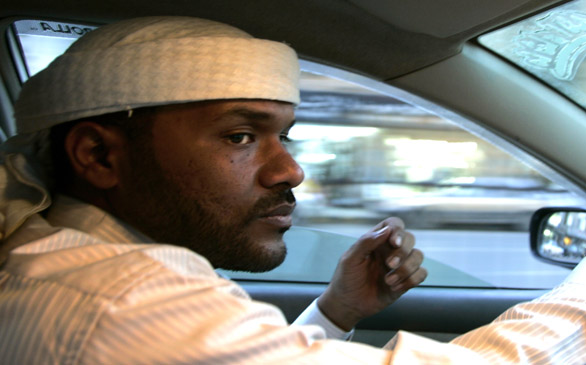 Abu Jandal in The Oath
(Credit: Courtesy of Zeitgeist Films)

The story of an ex-Al Qaeda member: It’s epically genius! The Oath is a story that has never been told, focusing on the incredible journey of two men.

The film is an inventive tale in its own right. With the obvious challenge for a documentarian being the lack of action, Academy Award-nominated director Laura Poitras falls into this trap.

Naturally, as in most documentaries, there is often a laborious amount of reading for viewers. At several points in The Oath, though, you almost forget it’s a film. It might have been better equipped for a nonfiction book or even a newspaper article. The plot is indisputably exceptional.

Some of the same shots were used more than once. While there hopefully was a reason, it appeared that Poitras was merely lacking footage. Perhaps one could argue that this gives it a raw and realistic edge because it was challenging to shoot in Yemen, Guantanamo Bay and Cuba.

Abu Jandal tells his story poignantly and successfully. Audiences fall in love with him and his adorable son.

It won the Best Cinematography Award for a U.S. Documentary at Sundance 2010 and was the Official Selection at Berlinale 2010.

If you can get past the cinematography flaws, the appeal is easy to spot. You certainly walk away with an appreciation for the filmmaker and the story’s protagonist, Jandal. However, sadly enough, there is a major piece of the puzzle missing: the man they speak about throughout the entire film, Salim Hamdan. The fact that the other man of this mishap’s duo doesn’t appear in the movie is nonsensical.

Without spoiling the movie, it’s safe to say that the ending doesn’t leave the viewer with that final connection they so desire.

It’s unmistakably reminiscent to a B paper that was one-half of a point from an A. Poitras went through an excruciating amount of trouble to put this film together, but it was a scene or two shy of perfection.

Hopefully viewers will appreciate it on the basis of the plot alone. Where it lacks in visuals, it offers an unforgettable story.

The Oath is part of a trilogy about America post-9/11 entitled The New American Century. Poitras’ My Country, My Country is the first. The final will focus on the 9/11 trials.

The Oath releases in select theaters May 21.