Colin Michael Day: Traveling the Lonely Road of an Artist 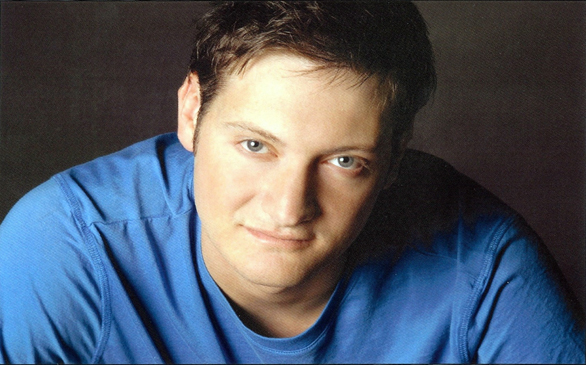 Sometimes, waiting on your big break is the most strenuous part for actors. A common mistake some make, though, is just waiting and forgetting about the pursuit. Actor and producer Colin Michael Day is determined to find success even if it means creating his break himself.

Day is the producer and star of The Loneliest Road in America, a film in which his character Jamie learns how to exploit women. Mardana Mayginnes directed the film.

The Loneliest Road in America created some festival buzz at the Delrey Beach Film Festival in Florida and the Method Independent Film Festival in Calabasas earlier this year. Day finds the festivals crucial for the film’s success. In fact, he is awaiting the nod from over 25 other festivals.

Although he sees himself more as an actor than a producer, Day is taking advantage of learning the many sides of filmmaking.

Day and his best friend Mayginnes moved out to Los Angeles a little over three years ago and have been continuously plugging away. In addition to Loneliest Road, their production crew has several other scripts in motion that will hopefully begin pre-production in the fall.

“They just need to be edited a little bit and, hopefully, we’ll be good to go,” Day says.

Day plans to act as a producer for these upcoming films and also will be cast in appropriate roles.

Wanting to avoid that trend and ensure that he accomplished something, Day and Mayginnes set out to create a feature film.

Day says, “We went and did it. It was hard, and it was stressful. It was a lot of fun. We had to keep plugging away.”

Having only been here three years, Day has quite a bit to show for himself. He knows it can take a several years to receive a significant amount of recognition.

“I hear Harrison Ford was out here 10 years before he got his break. His main thing was just staying,” says Day.

Day appeared in a few school plays when he was younger and played a pirate in “Peter Pan.” When people told him he “was a natural. Don’t you want to go into acting?” Day’s response was always, “No, I’m an athlete.”

Day was originally a tennis player and business major at University of Denver. During college, Day began to question his commitment to becoming an athlete.

“I didn’t have the drive to go professional with tennis,” says Day.

Although he wasn’t positive about going pro with tennis, he certainly didn’t foresee that he would pursue acting at that time.

But in college, Day took an improv class and “fell in love with it.” He asked himself, “Why does this always feel so good when I act?”

He’s been attempting to answer that question ever since.

The theater still interests Day. As he’s waiting to hear back from the festivals, he spends a lot of time on stage. He recently appeared in the Elephant Theatre’s sold-out run of “Love Bites” and “Block Nine,” which won L.A. Weekly awards for Best Production of the Year and Best Comedic Direction.

Day, who trained in the Meisner technique for two years here in Los Angeles, has an equal attachment to theater and film. As long as the role has some substance, Day is game. He prefers “characters with depth.”

“Those are more what I’m into. I just love being in anything. I like anything with a challenge, be it comedy or dramatic,” says Day.

Speaking on his preference for theater or film, Day says, “I think they’re completely different, but I love doing both. Theater is acting you can tell a story from beginning to end in front of a live audience, which you just can’t get from film. Film you can do some pretty deep, close-up emotional scene-work you can’t get in theater.”

Day is also a veteran world traveler. Before his trip in July to the Iowa Independent Film Festival, he’ll be heading to South Africa for the World Cup with Mayginnes, friends and family.