The Final Countdown: Lakers vs. Suns for Western Title 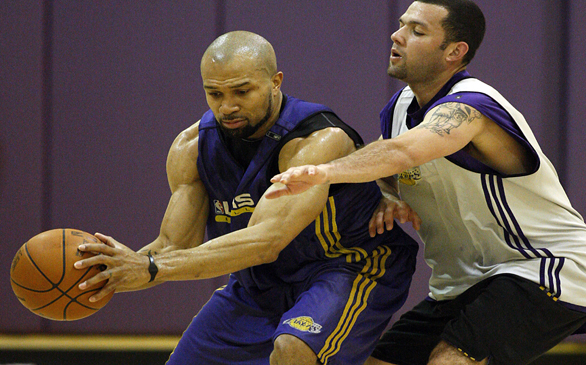 The stage is set for what could be a repeat of the last two NBA Finals, as the Los Angeles Lakers look to push past the Phoenix Suns for the conference crown in the west to battle the Boston Celtics or Orlando Magic for the championship. Boston defeated Los Angeles in four of six games in 2008, and then the Lakers won the title four games to one over the Magic last season.

But to get to the final round, the No. 1 seed in the West Laker squad must overcome the No. 3-seeded Suns. Los Angeles and Phoenix advanced to the conference finals by sweeping their second-round opponents – the Utah Jazz and San Antonio Spurs, respectively –and had a week to prepare for each other.

One of the key things the Lakers have to concentrate on is controlling the pace of the game (Phoenix benefits from frenetic action.). Defense must also be at the forefront, especially against Phoenix’s three-point shooters and pick-and-roll offense led by two-time MVP and seven-time All-Star point guard Steve Nash. The Suns’ five-time All-Star forward Amar’e Stoudemire is also a force to be reckoned with.

However, the Lakers do have size on their side, and they beat the Suns in three games out of four during the regular season. Look to the defending champions to win the series in six games.

Game 2 is Wednesday at Staples Center. Games 3 and 4 are Sunday and Tuesday in Phoenix.