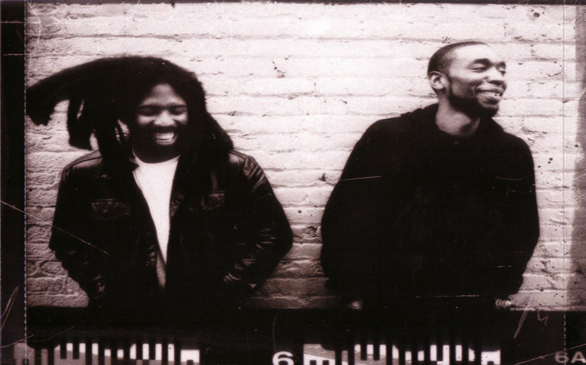 Hip-hop artist Murs is giving his hometown fans an opportunity to win concert tickets and play an Xbox video game with him. The rapper has tied-in with Ubisoft to promote the Xbox 360 title “Tom Clancy’s Splinter Cell Conviction” during his Fornever and a Day Tour. The contest is pretty simple – all you have to do is follow Murs on Twitter (@MURS) and wait for him to let you know what message to retweet. Once you retweet the message, you’ll automatically be entered to win free tickets to his show, an Ubisoft prize pack that includes “Splinter Cell Conviction” for Xbox, a copy of the Murs and 9th Wonder album Fornever and a chance to play against Murs at “Splinter Cell Conviction.” The contest is only running in Los Angeles, New York and Dallas. Murs appears live at the House of Blues Sunset Strip June 12.

The 2010 Sasquatch! Music Festival takes place over Memorial Day weekend at the Gorge in Quincy, Wash. The festival promises to be a real monster, featuring headline acts Pavement, Massive Attack, My Morning Jacket, Ween, Vampire Weekend, MGMT, Kid Cudi, LCD Soundsystem, the National and Band of Horses. Comedy acts scheduled to appear include Craig Robinson from “The Office” and Rob Riggle of “The Daily Show.” Also performing are Tegan & Sara, Broken Social Scene, She & Him, OK Go, Public Enemy, Minus the Bear, Dirty Projectors, Dr. Dog, Local Natives, Cymbals Eat Guitars and dozens of others. The Gorge is a concert venue that’s built into the Columbia River Gorge and offers spectacular views of the river canyon. Tickets for the May 29-31 event are on sale at Ticketmaster.

KCRW’s World Festival series of concerts unfold over the course of six Sundays this summer, beginning with a June 20 show featuring Baaba Maal, Yeasayer, Tinariwen and Fool’s Gold. Subsequent shows feature Goldfrapp and the Orquesta Buena Vista Social Club June 27, the Swell Season and She & Him July 18 and reggae greats Jimmy Cliff and Sly & Robbie July 25. The Chemical Brothers, Chromeo and Yacht appear in August as do Ozomatli, Los Super Seven and Mariachi Reyna de Los Angeles. Tickets are on sale at Ticketmaster and KCRW subscribers get a 20 percent discount.

Rockstar Energy Drink is the sponsor of a new festival that’s appropriately called the Rockstar Energy Drink Uproar Festival. The late-summer trek features multi-platinum act Disturbed on the main stage along with Avenged Sevenfold, Stone Sour and Halestorm. Rocking the Jagermeister second stage are Hellyeah, Airbourne, Hail the Villain, New Medicine and the winner of the respective city’s Jagermeister Battle of the Bands. The festival also features an interesting non-musical event: the Blue Collar Wrestling Alliance Uproar Invitational where eight of the finest, fastest-rising wrestlers in the world put their skills to the test over the course of seven weeks and 245 matches. The Uproar stops at the Verizon Wireless Amphitheatre Sept. 22 and tickets go on sale at RockstarUproar.com June 12.

Health has a new Alan Moulder-produced (Nine Inch Nails, Depeche Mode) album called Disco2 dropping June 22. Disco2 is a remix of Health’s Get Color album, featuring electronic luminaries like Tobacco, Crystal Castles and Gold Panda. Catch Health in concert June 8 at the Echoplex. Matthew Pond and Chris Hansen, known collectively as Matt Pond PA, play selections from their new album The Dark Leaves at the Troubadour June 17. You can also hear the duo’s music throughout the new film Lebanon. Dirtball has joined SoCal’s favorite stoner-rap act, the Kottonmouth Kings. He’s all over the band’s recently released Long Live the Kings, and he’ll be on stage when the smoke-lovers play the Grove of Anaheim as part of the Happy Daze Tour June 7. The new one from Keller Williams’ band Keller & the Keels drops May 25. Thief represents the first time Williams has released an album of all cover tunes and features versions of the Butthole Surfers’ “Pepper,” Amy Winehouse’s “Rehab” and 11 other cuts.