'A Place out of Time - The Bordentown School' 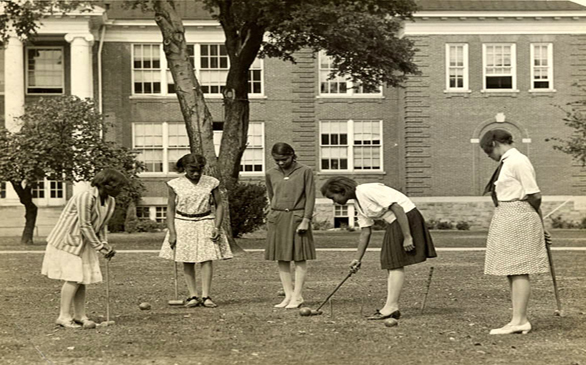 Narrated by actress and activist Ruby Dee, this feature-length documentary chronicles the birth, growth and decline of the last all-black, publicly funded boarding school called the Bordentown School. Offering a slice of preserved and inspirational history, the Bordentown School in Bordentown, N.J., was an educational utopia that taught values, discipline and life skills to generations of black children.

Directed by award-winning filmmaker Dave Davidson, it chronicles a 70-year period from 1866-1955 of black education in America and explores the cause of the school’s eventual demise, which was triggered by advocates for equality and social justice.

Called “The Tuskegee of the North,” after Booker T. Washington’s famous Alabama educational institute, students at Bordentown were trained in a variety of marketable trades, from agriculture to domestic science, and were schooled in both academic and social skills. Situated on a 400-acre Georgian-style campus, the Bordentown School could easily be mistaken for an elite private school, yet it was operated by the State of New Jersey, which closed it in 1955 after the “Brown v. Board of Education” Supreme Court decision made segregated education illegal.

With public education in the United States under increasing scrutiny and pressure to change, Bordentown, as a public school, could no longer function legally as a segregated institution. Though attempts (which were considered halfhearted and insincere) were made by the state to integrate the school, it failed, resulting in the school’s closure.

Now a juvenile detention facility, this fascinating documentary examines this remarkable place, an incubator for black pride and intellect, with archival footage and photographs. It shows a rarely seen portrait of a unique institution that was an archetype for many historically black organizations.