(Area 23a)
By Melissa Russell 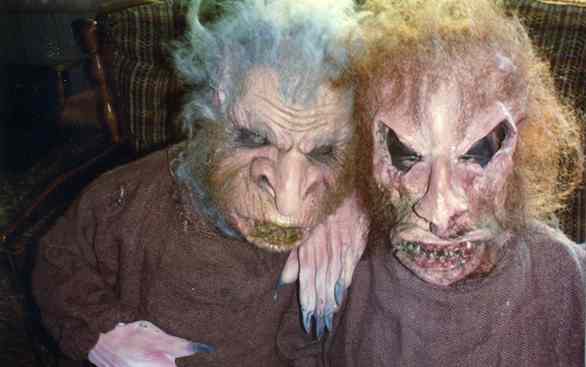 The great thing about Italian directors is that they can be so arrogant that they’re going to do things the way they want to and everyone else be damned. This is absolutely true of Drake Floyd, a.k.a. Claudio Fragasso, the Italian director of Troll 2.

According to IMDb, Troll 2 is the worst movie ever made. In fact, everything from the acting to the storyline to the score is campy and poorly executed at best and it doesn’t even have much to do with trolls at all. This movie is so bad that it’s even got a 00% rating on Rotten Tomatoes and I think everyone can agree that the movie is just downright awful in every respect.

… Except that there are some movies that are just so bad that they’re good and if the hordes of fans and sold-out screenings across the country are anything to go by, Troll 2 fits into this category.

Now, the film’s star, Michael Stephenson, sets out to explore the phenomenon that has skyrocketed the actors of Troll 2 to cult fame in his documentary, Best Worst Movie. Here, we follow actor George Hardy and Stephenson (although the latter is mostly behind the camera this time) as they meet fans at screenings and conventions and try to reconnect with their collaborators from the original film.

The first half of the film is a powerhouse of laugh-out-loud funny commentary from the film’s stars, complete with clips from Troll 2 and an inside look at the fans who love its campy ridiculousness. You really do get a good sense of just how low-budget (and maybe slightly unsafe) the whole production was and how arrogant Fragasso can be. However, some of the best material definitely comes from Troll 2 writer Rossella Drudi, but it’s because she so staunchly stands by the script as a well-told story rather than because she’s actually trying to be funny.

Unfortunately, Best Worst Movie starts to fall apart when the stars realize that while they may have devoted fans, they really only represent a small portion of the overall population. And as if seeing the stars’ depression while they sit alone at their table amidst a bustling convention isn’t enough, then you get Fragrasso (who thinks he’s God’s gift to film-kind) yelling at fans who ask questions like, “Why is it called Troll 2 when there aren’t any trolls?” Sigh.

If you’re a Troll 2 fanatic or just a casual fan, you’ll love seeing what really went on behind the camera.