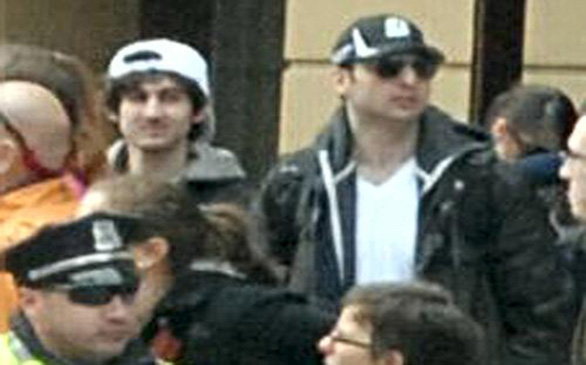 A scene from Brian Frager’s “Off Campus”

It was down to the wire for two aspiring filmmakers. On the night of Cinco de Mayo they would be premiering a year’s worth of work and an emptied bank account to a group of over 900 spectators. Brian Frager, a 2009 UCLA graduate, in massive sleep deprivation, spent the night before putting in the final edits to his sitcom pilot while Brian L. Tan or “BLT,” a UCLA senior, would finish exporting his film that day at 4 p.m.

Mind you, the premiere began at 8 p.m.

Beginning the event was Frager’s “Off Campus,” a hilarious college sitcom that follows brooding romantic Jake as he tries to make sense of life and girls while living with a cast of crazy roommates, one who even puts American Pie sex douche Stifler to shame. The short 20-minute episode, based on stories gathered from Frager’s days at UCLA, is filled with adventurous alcoholic debauchery, hangovers and three-ways.

Following Frager was the night’s main event of BLT’s military, mind explosion zombie screaming, Dilated. The 20-minute short film, shot for less than $10,000 and 200 extras, replaces an otherwise convoluted storyline with a highly professional production value involving talented casting and two military HMMWVs chasing an Audi down the Los Angeles River. It’s a sight to behold, and even more impressive that its creator is still a student who never went to film school.

“By the end of the day it was such a huge gargantuan experience, I remember a lot of it, but it’s all in like little snippets, like a montage in my mind. I hardly remember it being over,” says BLT.

Despite a few technical glitches, the event was marked with congratulatory applause, pictures and appreciation for the production’s cast and crew, and to the organization that helped them put it all together, the members of the Film and Photography Society (FPS) at UCLA.

The organization created by BLT in 2006 has branches at CSU San Bernardino, Singapore and Australia and provides members (you don’t have to be a UCLA student) with real filmmaking experience working on set and during post-production. It was at an FPS meeting last year that the two Brians met to begin collaborating on their prospective projects.

“‘Off Campus’ was about a couple of months away from production when we first met. I mean it may have happened without FPS but not anywhere near the same production value. BLT was very generous with his time and resources,” says Frager, who recently received second episode funding for “Off Campus.”

Throughout the year, FPS members would shuffle across Westwood working on both sets helping the director/producers with shooting either party scenes for “Off Campus” using a camera crane inside a small, cramped apartment or holding steady cameras behind a truck going at high speeds for Dilated.

Even casting for actors, both directors went the route of hiring professional actors from talent agencies like L.A. Casting. Jasyn Jefferies, the star of Dilated, comments that it was easy working with BLT on set because the director focused heavily on the casting process.

BLT’s directorial style, as described by Frager, involved the input of various other student film producers in “harnessing the power of group think” (he jokes) that yielded tons of footage.

“He was able to find the film in editing. Especially for action, he could have put 10 different films together from those 10 days on set,” says Frager.

BLT admits that Dilated was really a reason to just shoot a big gun fight, asking a friend from the UCLA film school to write a story based on the concept of military HMMWVs in high pursuit.

“Oh, and by the way, I want zombies at the end,” he later added on the side.

Constant collaboration would be the mainstay of Frager and BLT’s relationship since individually both contributed to the success of the event with an aggressive marketing campaign and a movie premier at UCLA’s Ackerman Grand Ballroom that made moviegoers feel glamorous walking the venue’s massive red carpet.

“We’ve worn a lot of different hats over the course of this year, but I feel like now we have a better sense of where we really fit in to the whole filmmaking scene, understand where we excel and where we need improvement,” says BLT.

For the whole year, Frager explains, “It was all about that one night.”

Adding, “But really that was just phase one of marketing for us. We showed it to 900 people, which was mainly students and cast and crew, but now is when we really have to get out there and market ourselves to the people who can hopefully see a spark of talent, whether it be for writing or producing.”