"I Once was Lost - The Series": Faith-Based Dating 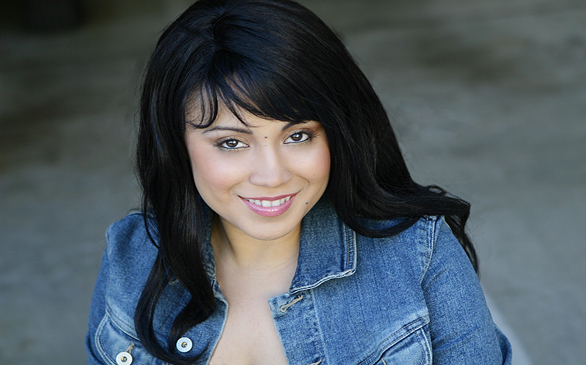 Elaine Alaniz of "I Once Was Lost"
(Credit: Joann Brooks)

Boasting millions of users, Match.com is bound to attract some crazies. Elaine Alaniz is new to Christianity, and her roommate Lauren is pushing her to join Match.com to search for the right guy. Alaniz complies, and so her Web series, “I Once Was Lost,” begins.

“I Once Was Lost” is a Christian-based comedy Web series about the disasters of dating when you refuse to compromise your faith. It proves online dating can get messy, especially if the potential mates don’t share the same set of morals. Alaniz describes the show as “‘Sex and the City’ goes to church.”

The basis of the show stemmed from experiences Alaniz had when she first became a Christian.

“This is actually stuff that happened to me. I had a roommate like that,” says Alaniz.

She found that most guys on Match.com were only after a sexual relationship.

“I did not want to compromise that. It didn’t matter if they were sweet or nice. Some were dorky, but they all wanted the same thing, and it got very disappointing,” says Alaniz.

“I know a lot of people who have faith, but they compromise that,” she says.

Alaniz’s character is a girl new to her faith. She’s content with the way she is, but she starts to get lonely.

In Alaniz’s real-life experiences with Match.com she found, “We don’t say … What do you think about online dating? We just do it because we’re sort of embarrassed.”

The series is comprised of several episodes that can be found on YouTube. Seven episodes have been filmed so far. More webisodes will be added after the second filming in Houston this month. The Web series premiered in late January of this year.

The team of “I Once Was Lost” met at a company party and became close friends before deciding to create the series. The crew began planning the details for the show. First, they did a test shoot here in California and later found actors in Texas. When Alaniz went to Houston in search of actors and a filming location, she says, “Everything just happened.”

Writer Nikki Chiemelu lives in Washington, and director Joe Medina lives in Houston. Creator and star Alaniz resides here in Los Angeles. Although it has been tricky, the three have been able to successfully work together on a script from three different states.

“I Once Was Lost” is filmed in Houston, where most of the actors are based. Alaniz is the only one who flies in for filming.

Alaniz is relatively new on the acting scene. Her passion developed just a few years ago at the age of 21. When she was younger, she couldn’t afford it, and her parents were strict so she wasn’t allowed to take classes. She originally set out to be a business analyst, but when the choice boiled down to a secure job with money or an insecure one with no money, Alaniz took the seemingly more difficult route. She opted for the less financially stable job, and is confident in her decision.

“I Once Was Lost” is Alaniz’s first Web series, and she views it as her tiny little baby right now. She is optimistic about the show’s success. To her, the success is not financial, but spiritual. Her hope is to provoke people to ask questions and be able to relate to the characters.

“I want to touch base with what people are going through. ‘7th Heaven’ incorporated their faith, but I want to make people laugh,” she says.