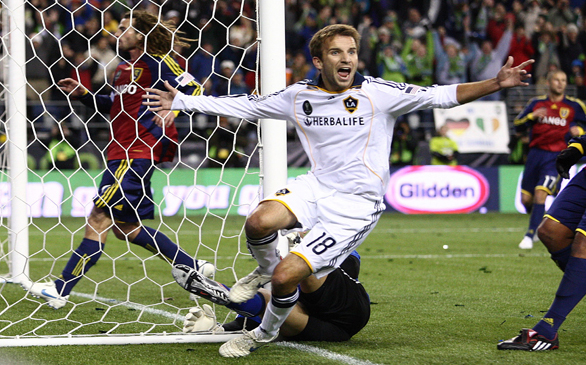 In a week that featured an MLS match and an international friendly, the Los Angeles Galaxy came away with two victories.

A 1-0 win was gained Sunday, May 23, after the Galaxy’s forward Tristan Bowen scored the game-winning goal in the 83rd minute against the visiting Boca Juniors at the Home Depot Center. Both squads had opportunities to score multiple goals, but only the host team managed to put one into the back of the net. Galaxy goalkeeper Josh Saunders made two crucial saves in the clean-sheet effort.

Before the friendly against the Argentine squad, Los Angeles visited FC Dallas May 20 and earned a 1-0 victory. Forward Mike Magee collected the goal in the 17th minute of play. Bowen registered the assist in the squad’s eighth triumph of the season.

The Galaxy, who is now 8-0-2 (26 points), won and played both matches without forwards Landon Donovan and Edson Buddle. Both players are currently training with the United States World Cup team.

Los Angeles next plays Saturday, May 29, in Ohio, visiting the Columbus Crew for a 4:30 p.m. kick-off.