It's Super: Thanks for Asking 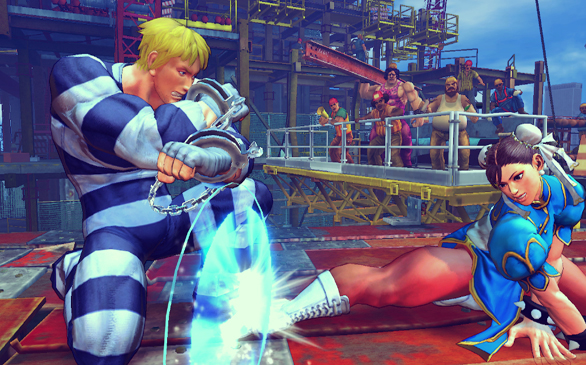 For almost two decades, the word “Super” has been part of the strangest arithmetic ploys in video game counting history. In case you were too young or not interested enough in fighting games to remember, the franchise collectively known as “Street Fighter II” followed the counting format of “Street Fighter II,” “Street Fighter II Turbo: Hyper Fighting,” “Super Street Fighter II” and so on. Each iteration added new elements, but they were all just slight shifts from the previous incarnation.

It would be years before the series finally moved on to its next incarnation as a prequel, but even that would go through multiple versions. “Street Fighter III” attempted to go for the all-new approach by removing all of the classics other than Ken and Ryu, but that didn’t really last. So, when “Super Street Fighter IV” came out little over a year after “Street Fighter IV” hit consoles, players had every reason to fear that this would just be another Super small change for a new, full-priced title.

Fortunately, this Super is actually … super. This is no small feat considering how well made the original “Street Fighter IV” was. This game brings back the brilliant mix of 2-D combat and an endearingly charming 3-D character design, the intense array of fluid Super and Ultra attacks and the clever adaptation of arcade multiplayer into the online experience.

The first step at making this title Super was the traditional “Street Fighter” tactic of bringing in new characters and bringing back old favorites. In a step of true brilliance, the new cast members start with the two “Super Street Fighter II” characters that were missing from “Street Fighter IV” – T. Hawk and Dee Jay – and continues on with unique additions from throughout the franchise’s history. Each of these characters is given the full 3-D treatment, playing off the already unique designs and animations and adding new endearing touches that only 3-D can offer.

“Super Street Fighter IV” also adds two new characters. Juri, the South Korean Taekwondo fighter plays like a super-powered version of some of SNK’s kick masters with a mix of revealing costuming and raw insanity that makes her memorable, sexy and more than a little scary. Scarier still is the Turkish oil wrestler Hakan, an oil baron whose unique fighting style involves grappling enemies until they slip off his muscles in a mix of brute force and incredible wrongness.

Characters aside, perhaps the most triumphant return in “Super Street Fighter IV” is that of the Bonus Stages. The classic car smashing stage and the barrage of falling barrels from “Street Fighter II” are back with their own 3-D revamps that give new cartoony class to the already wacky stages. After unlocking the options, players can choose to include or remove these stages from the arcade mode of the game or skip the fighting completely and only play the Bonus Stages. Best of all, the Bonus Stages are just as fun to play and embarrassing when there is a half-beaten car taunting you when time runs out.

Capcom has already proven that they get the appeal of online play, but “Super Street Fighter IV” takes online multiplayer further. In addition to the one-on-one online matches, the new Team Battle mode lets you to team up with up to three friends in 2v2, 3v3 and 4v4 matchups. If you think you’re better than even an army of foes, you can enter Endless Battle, a unique twist on the classic Survival Mode where your foes are taken from a rotating series of online foes. You can even save replays of particularly hot battles or view historic matches from all over in the Replay Channel.

All of these make “Super Street Fighter IV” super, but Capcom made one move that takes it beyond any of its previous sequels. This one comes in at $40, a ridiculously low price for a new game, but doubly so considering that this is one of the most popular fighting franchises on the market. Granted, it does mean that hardcore “Street Fighter” fans will have to buy a second version of the same game, but even if the addition of all of these cool new characters and features don’t ease the pain, the low price should heal all ego bruises from being an unabashed fanboy or fangirl.

Games & Gadgets
Gaming against sexual assault, with 'Decisions That Matter' and other video games
1,269 views