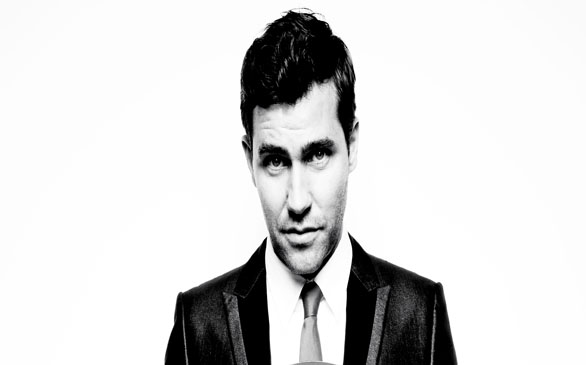 What do you get the kid that wants everything?

Judging by DJ Zen Freeman’s fantastic lifestyle, you get the kid turntables.

“When I was 14 years old, my dream job was to be a DJ,” Zen reminisces. “The first thing I bought when I had a little bit of money was a pair of turntables.”

An argument on the merits of that purchase would be lopsided to say the least, with Hollywood elite, exclusive private parties and yachts leaning heavily in favor of the young Zen’s decision. It may suck living out of a suitcase, but hey, it can’t be that bad.

“It’s funny, the travel does wear you down, but it’s also part of being a DJ. Staying in hotels, traveling and every day different –it’s so much fun.”

I’m not quite sure how queuing in Elton John and pop music greats, and spinning the most exclusive clubs in the world could manage to be anything less. It’s perhaps one of the best definitions of the word, “fun.”

A versatile disc jockey from the wrong side of the pond, Zen has a personality worthy of his enlightened moniker. The Brit exudes amiability, and remains calm, gracious and humble amidst all of his success – traits that no doubt help his busy booking calendar.

Besides his regular residencies, Zen’s May included several club openings, a party for the drivers at the Monaco Grand Prix and Paul Allen’s yacht party in Cannes during the International Film Festival. Still to come are the Love Festival in Las Vegas and Memorial Day at the Mondrian Pool.

If that wasn’t enough, he notes, “I [just] played the Victoria’s Secret party.”

But surprisingly, Zen has remained relatively quiet in the public sphere thus far. Like St. Tropez, or Svenborgia, Zen’s name is one almost exclusively circulated amongst the elite. His services are requested from Sundance to Toronto, My Studio to VIP, Timberlake to Cyrus. But fear not, a good secret always gets out, and Zen doesn’t seem to mind.

“The biggest buzz in the world for me is to DJ arena style,” admits Zen. “Honestly, it’s unbelievable. It’s such an adrenaline rush. You put your hands up, and you see the whole sea of the front row.”

Plans to expand his horizons beyond private events and product releases seem inevitable. To this day, Zen stays well connected to his friend and mentor, Paul Oakenfold. Over the years, Zen has performed and collaborated with the headliner, providing experience that will no doubt help his skills translate into stadiums.

“I walked in a room and there’s about 3,000 people in the room and a massive sound system,” Zen recalls of a show with Oakenfold. “Just not knowing what you’re going to do next, and just reading the crowd – it’s a huge thrill.”

Playing professor, Oakenfold seems to have been training Zen’s endurance as well as his production, keeping him awake all hours of the night before a show.

“Literally, one of the first gigs we did together, he literally made sure I stayed up the night before to four-five o’clock in the morning.”

But that tough love has taught Zen well.

The incredible demand for his services, and his absurdly impressive curriculum vitae, is why I can’t help but coin Zen Freeman as “The DJ to the Rich and Famous.” Zen Freeman has become more than a sought-after DJ. He’s become a celebrity’s celebrity. For what he does, there’s no one better at the moment. He’s a Hollywood gem, and it will be bittersweet to witness his international, mega-rave headlining climb.

Still, it’s an amazing opportunity to catch Zen at this time in his career, before the arenas become a daily occurrence. And soon enough, his title will change.