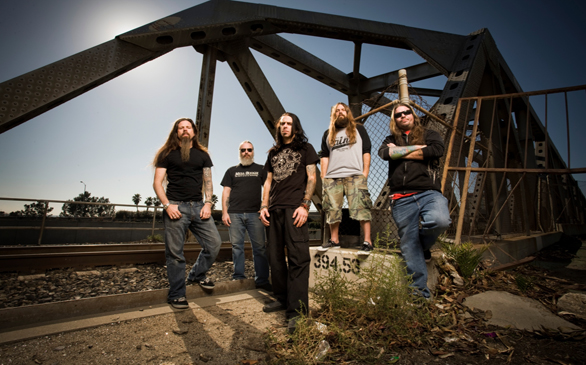 Lamb of God Turn Over an Hourglass (or Seven)

If you’re a true Lamb of God fan and want to own all of their releases, you had better start saving your pennies. It seems that the sands of time have been shifting along for 15 years now for Lamb of God, and to celebrate they are releasing a series of seven compilations under the Hourglass title.

Hourglass Vol. 1 is subtitled The Underground Years and features 13 cuts from Burn the Priest, New American Gospel and As the Palaces Burn. Vol. 2 offers 13 cuts from Ashes of the Wake, Sacrament and Wrath, while Vol. 3 holds everything from the first two packages, plus 18 rare or never-heard-before songs. Then there’s a vinyl set that includes 180-gram pressings of all 6 LOG studio albums, a USB set that comes in a cigarette box-shaped package and two versions of a deluxe set that include everything mentioned above, plus a 144-page book and lots of other goodies. All Hourglass releases drop June 1 and pre-orders are being taken now at lamb-of-god.com.

Katy Perry’s next album, Teenage Dream, isn’t going to drop until late summer, but the first single from the album, “California Gurls,” is already out and Perry assures her fans that it’s the party anthem of the season.

Perry, a Santa Barbara native, says she was inspired to write “California Gurls” after watching her friends go crazy to Jay-Z’s salute to New York, “Empire State of Mind.”

“Everybody was holding their drinks in the air and dancing and I thought, ‘We’re not in New York, we’re in Los Angeles! What about California? What about all the homies, the gin and juice, the swaying palm trees, the sun-kissed skin 24-7,’” Perry recalls. “I decided that we needed to make a response. I want people to book a ticket to California the first time they hear it.”

Snoop Dogg guests on the track, and the rest of Teenage Dream drops Aug. 24.

The hard rock world has lost one of its most respected singers, Ronnie James Dio. Dio, who sang for a long line of classic hard rock and metal bands including Elf, Dio, Rainbow, Heaven & Hell and Black Sabbath, succumbed to stomach cancer on May 16. Dio had big classic rock hits with the songs “Holy Diver” and “Rainbow in the Dark” and news of his death pushed his more than 25-year-old album, Holy Diver, onto the iTunes Top 10 Rock Albums chart.

Dio famously took over the vocalist chores for Black Sabbath when Ozzy Osbourne first quit the band, and Osbourne issued a statement saying, “Metal has truly lost one of its greatest voices. My heart goes out to his family and his many fans. Love and respect.” Dio was 67 years old.

Emerging bands are the stars of this summer’s Also I Like to Rock music series presented by KCRW. The shows, all of which will be free and all ages, take place at UCLA’s Hammer Museum over the course of four Thursdays in July. The series kicks off with a July 1 show featuring Saint Motel and Kitten with the following week bringing Admiral Radley (members of Grandaddy and Earlimart) and the Happy Hollows to the Hammer stage. Fitz & the Tantrums and an act yet to be named fill the bill on July 15, and Voxhaul Broadcast and Chasing Kings wrap the series up on the 22.

The Hammer Museum is located in Westwood, and all shows take place outdoors in the museum’s courtyard. More info at hammer.ucla.edu.

Grab the stems from the new Tender Forever (Melanie Valera) single, “Only the Sounds You Made,” create your own clever remix and then wait to see if your mix is chosen as the best. If it is, your artistry will be featured on a special Tender Forever 7-inch vinyl release. Find contest details at Riotactmedia.blogspot.com and get your entry in by June 2; the new Tender Forever album, No Snare, drops June 8.