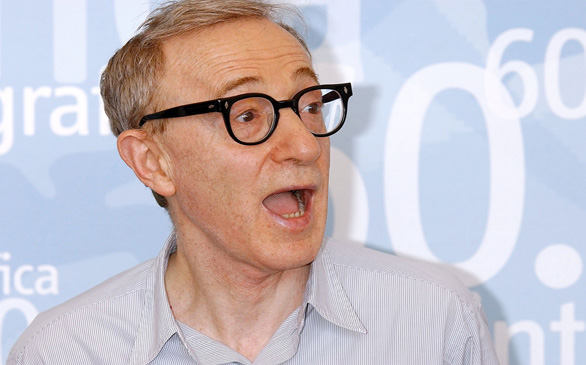 Comedy is … it’s hard to place really. The dictionary defines “comedy” as “a dramatic work that is light and often humorous or satirical in tone and that usually contains a happy resolution of the thematic conflict.” It’s ironic that Webster should choose to use the word “dramatic” in its definition since drama has come to be the antithesis of comedy. Going back centuries, Shakespeare popularized the genres. The only difference between the two was that dramas ended in the death of nearly all the characters; Comedies ended in several weddings.

But getting there, the stuff that happened in between the beginning and the end, that was always tragedy through confusion of identity, deceit, et cetera. So what makes a comedy funny and not tragic, and how can you possibly compare films of the same genre?

What’s funny to you may not be funny to me, and vice versa. I saw Caddyshack (1980) for the first time a few weeks ago, and if I’m telling you the God’s honest truth, I wasn’t that impressed. My father worships Bill Murray, shrine and all, so this is my confession to him that I didn’t find anything about the classic comedy amusing in the least.

Art of any kind is inherently open for interpretation. I’ve thought hard on this subject and decided that comedy, more than any other film genre, is wholly dependent upon perspective. Unlike a drama, which can make audiences cry decades after it was made, or sci-fi flicks, which can scare us despite the poor graphics and visual effects, comedies are inspired by and feed on the contemporary generation’s sense of humor.

There is, however, one aspect of the genre that most people can agree upon: Comedy is tragedy that happens to other people. In my opinion, the best comedies are the ones that are infallibly tragic as well.

The American Cinematheque shares my belief and is generously baking up a batch of double features for your lighthearted, laugh-inducing enjoyment. Presented at the Aero Theatre in Santa Monica, Cue the Laugh Track is a three-day event starting on Wednesday, May 26, and culminating on Friday, May 28. Each day, the first screening starts at 7:30 pm.

Director Woody Allen is a master of the everlasting comedy. If you enjoyed Annie Hall (1977) and Manhattan (1979), then you should check out the double feature on Wednesday night of his lesser-known, but equally brilliant, comedies.

Sleeper (1973) stars Allen and Diane Keaton (whom he casts in many of his films). Allen portrays Miles Monroe, a jazz musician who is cryonically frozen and not revived until 200 years later when America is under the rule of a harsh dictator. He disguises himself as a robot hoping to help underground movements to uproot the government. Allen also appears in Bananas (1971) as an American traveler who ultimately becomes president of the Latin American nation of San Marcos.

Thursday sees a double feature of funnyman Chevy Chase. First is the 1983 classic about the Griswold family whose road trip to an amusement park turns into a series of hilarious diversions in National Lampoon’s Vacation. Fletch (1985), is about a journalist (Chase) who has to solve a mystery to get the hot story.

Finally, Walter Matthau stars as his iconic character, drunken ex-minor leaguer Morris Buttermaker, who coaches a team of talentless misfits led by Tatum O’Neal in The Bad News Bears (1976). The film is followed by its sequel, The Bad News Bears in Breaking Training (1977). The team who miraculously found themselves the little league champions of California is faced with competition from Texas.

Now why, when I just said that comedy is temporary, that comedy is hard to pass from generation to generation, why would I recommend this series of screenings of films all made before 1985? Because they are the basis for the comedies made today. Woody Allen, Chevy Chase and Walter Matthau are three of the funniest men of the century. And however much I may love Paul Rudd, Jason Segel, Seth Rogen and the entire Judd Apatow crew, they can still learn a thing or two from the men who have been doing it so much longer.