UCLA's Jen Fingal: And the Festival of New American Musicals 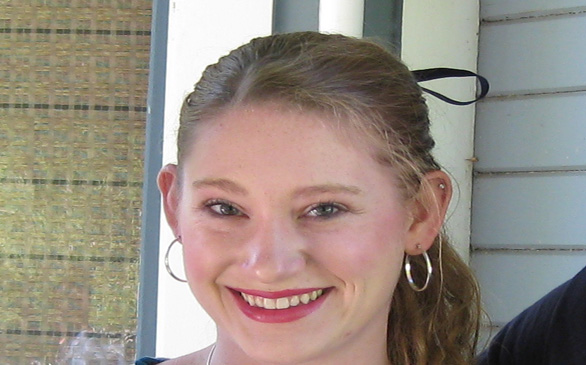 The musical is popular once again, and thanks to television and movies like “Glee” and High School Musical, Los Angeles seems to be giving Broadway a run for its money. But that’s on screen; musical theater onstage is a different story.

Even though Los Angeles boasts world-class venues like the Pantages and the Walt Disney Concert Hall, plus dozens of small theaters where companies have been performing classical and contemporary musicals for years, many consider our city still lacking compared to the big boys in New York.

“I’m from Orange County. I never knew there were all these small theaters that did musicals, or I would’ve totally been there,” says Jen Fingal, a UCLA sophomore who is helping to make musicals more accessible to students all across Southern California with her involvement in the completely student-run UCLA Act III Theatre Ensemble and as a representative for the Festival of New American Musicals (FNAM).

Since helping to create Act III with UCLA senior Hunter Bird last year, Fingal is now the theater ensemble’s artistic manager. What exactly is that, you may ask?

“I basically run the company, produce and make sure everything happens,” says Fingal, whose organization has put on productions like “Rosencrantz and Guildenstern Are Dead,” “Sweet Charity” and the Musical Monday Night Cabaret Series, where theater and non-theater majors alike perform small song and dance numbers for their fellow students.

The last production Fingal produced was “Sweet Charity,” which originally appeared on Broadway in 1966 and was nominated for 12 Tony Awards. Taking such an iconic work to the small stage involved a cast of 20 UCLA students, 20 students on the production team and a two-piece orchestra.

Fingal was in charge of all the logistics of creating and organizing a professional production, which included budgeting, facilitating cast and crew meetings, setting up venues and delegating how and where things were to be set up and planned out.

“Theater’s really expensive, and it’s hard for a lot of UCLA students to see musicals, so it’s awesome to get people who wouldn’t normally see that to get involved.”

She also recognizes that though Act III was easy to establish, it is still a struggle to find funding and venue space.

“UCLA’s personal funding was cut so much, they can’t really give us rehearsal space,” she says. “We get funding from UCLA as a registered student group. The theater is a very expensive art form. We sent a lot of letters to donors and received donations from people who came to the event.”

Her experience with musical theater began in middle school after she took a UC Irvine pre-college class in musical theater. Fingal also recalls her mother playing past recordings of “South Pacific” and “Camelot” since she was a kid.

“Musical theater is the art form I most identify with, what I want to work on and keep alive and to show other people that it can be an art form that more people can relate to, especially in my generation. I mean ‘Glee’ is particularly very popular, which gives me hope for my generation,” explains Fingal, who also carries her skills from Act III into educational outreach for the Festival of New American Musicals.

FNAM partners with various elementary, high school and colleges, including over 30 Southern California performing arts organizations, to create musicals, stage readings and workshops. The three-month festival (May 16-Aug. 21) includes full-on productions of American musicals by these organizations and schools.

Last year, Fingal was utilizing her planning and organizing skills to help with the festival’s opening and closing parties, where she was able to help honor legend Stephen Schwartz, writer of hit musicals “Godspell” and “Wicked,” and whose trophy case is stacked with Oscars, Tonys, Grammys and Golden Globe awards.

Honorary chair Stephen Sondheim has remarked on FNAM’s Web site that he hopes the festival will “ignite a passion for theater in these young people.”

Fingal continues to work with the festival this year in an effort to make American musical theater a more established art form in Southern California.

“My hope is really for my generation and for people my age to want to create musicals and go see musicals,” she says. “My ideal future for myself is to continue to do what I love for the rest of my life.”